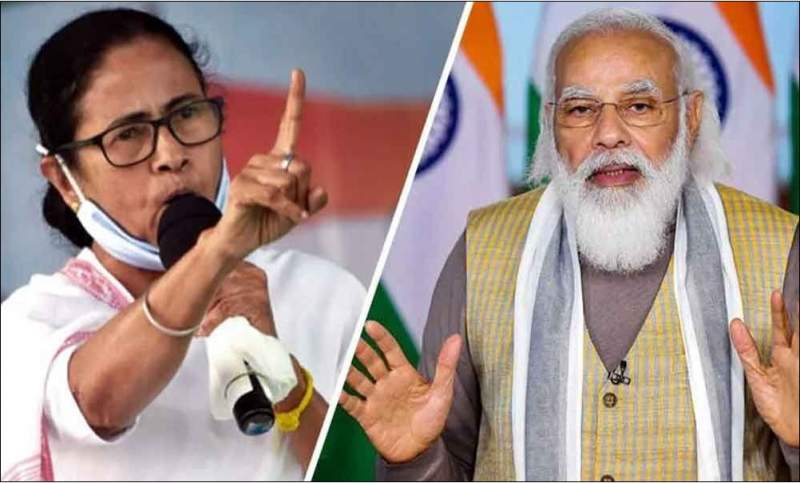 Indian Prime Minister Narendra Modi has iron grip over Indian politics since in power from 2014 and then again he came back in power with bigger victory in 2019 elections. However, it seems that Mamata Banerjee’s political victory in West Bengal elections is an event that will change the political discourse in the country. Mamata Banerjee was facing extreme formidable challenge in elections of West Bengal because she was standing against the Modi‐led BJP. The Bengal win of Banerjee has now prompted a view in the country that a possible opposition unity may be formed in 2024 elections in country against PM Modi. The Trinamool Congress party (TMC) led by the Mamata Banerjee has won more than 200 seats in the 294-seat assembly. Banerjee became the Chief Minister of West Bengal for the third time.  Modi addressed hundreds of rallies before election, hoping to widen his Hindu policy whereas, Mamata Banerjee ran his election campaign on wheel chair and won two-third majority, diminishing the hopes of Modi government. Certainly, the BJP defeat of West Bengal has reversed the political game in country.

Earlier, Banerjee lost in Lok Sabha elections of 2019 whereas, the BJP was successful in gaining the power but after the biggest flop show of BJP in West Bengal, the Indian politics will not remain the same. After the massive setback for BJP, many BJP leaders have gone back to TMC and many more members are in touch with Banerjee’s party. The outcome of elections in West Bengal has created a situation that all regional parties can unite under Banerjee’s leadership. The BJP government has very low success rate against regional parties, which will worry the BJP government now. The opposition parties also seems to be eager in overcoming internal differences, now more than ever.

Earlier on 19th January, 2019 the foundation of a fledgling ‘Mahagathbandhan’ was laid in a rally organized by Mamata Banerjee in Kolkata, which was attended by national and state opposition leaders. Albeit, the Grand Alliance of political parties lived for very short-term and Narendra Modi returned to power with massive victory. Albeit, now after the victory of Banerjee in West Bengal new determination for a united front against BJP is noticeable. Despite the chequered history of coalition governments in India, union of opposition parties or ‘Mahagathbandhan’ has become a compulsion to stand against the BJP’s national hegemony that is constant from last few years.

Mamata Banerjee of West Bengal is now preparing to face the BJP in 2024. Speaking at an election meeting in April at Chunchura, Mamata Banerjee said, “I will win Bengal with one leg and Delhi with two legs.” The grand opposition against BJP may be possible and the united Opposition under Mamata Banerjee can trouble the BJP and also the rest of the political parties in the future elections. BJP’s defeat in West Bengal elections was a big setback for Modi government and it was the result of the mismanagement of Modi government and its least interest in making proper strategy to control the spread of coronavirus, which has left the country in crisis. The people of India now want to hold the BJP government accountable for the gross administrative negligence. It seems that more setbacks are to come for PM Modi in the near future and what happened in Bengal elections is just the start.

The schemes and projects started by PM Modi like ‘Swachh Bharat’ appears to have little or no impact. Job opportunities have decreased and the area of Foreign policy is also badly affected plus it has very few achievements. India's relations with almost all of its neighbouring countries have turned problematic. Moreover, the COVID-19 crisis has pushed the middle class Indian citizens towards poverty. The corona virus pandemic has exposed the Modi-led BJP government.  It is now hard for Modi government to wipe out these fault lines and regain the position that it had enjoyed previously. Surely, there seems hard times coming for PM Modi.

PM Modi definitely needs to improve his government and his policies. However, now it looks that there is no more Modi wave in the country and due to mismanagement to tackle COVID‐19 crisis there is a strong sense of aversion hanging in the air against the central ruling party, BJP. The win of Banerjee in Bengal elections has opened up new possibilities in the country but the strategy she adopts will be significant in terms to take hold of the local and national politics. United Opposition under Mamata Banerjee can trouble the BJP and rest of the political parties in the future elections. However, it should also not be neglected that PM Modi has two forces Rashtriya Swayamsevak Sangh (RSS) and BJP behind him that will help him hold the national political stage again. Indian political mood seems to be undergoing a shift but still the implications of the shift are unclear.