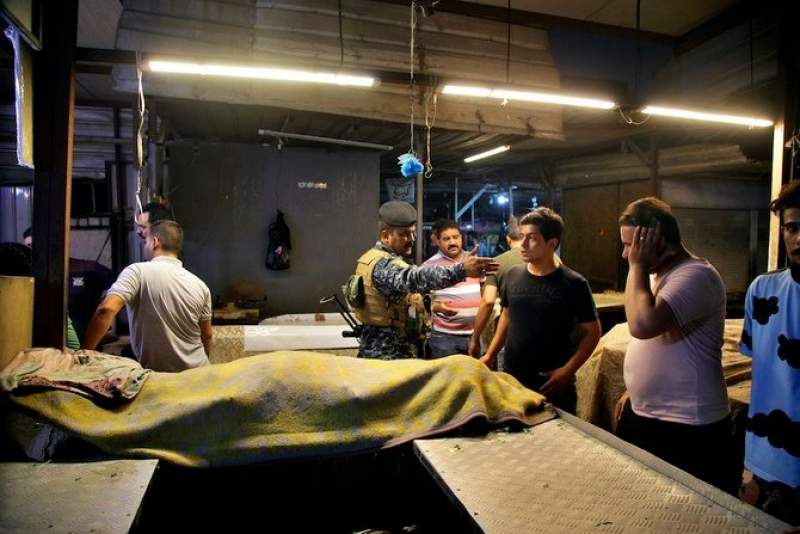 BAGHDAD, 20 July 2021 (TON): An explosion ripped through a busy market in the Iraqi capital Monday killing at least 35 people, according to medical sources, in an apparent suicide bombing ahead of Eid holiday celebrations.

According to a photographer “in one of the worst attacks in Baghdad in recent years, body parts of victims lay scattered across the previously bustling market, that had been crowded with shoppers buying food ahead of the Islamic festival of Eid Al-Adha.”

Medics said that some 60 people were also wounded in the blast.

Iraqi President Barham Salih called the bombing in the densely populated majority-Shiite suburb of Sadr City a heinous crime, and offered his condolences.

Eight women and seven children were among the dead, according to a medical sources, who said the toll lay between 28 and 30 killed.

There was no immediate claim of responsibility, but two security sources told media it was caused by a suicide bomber wearing an explosive belt.