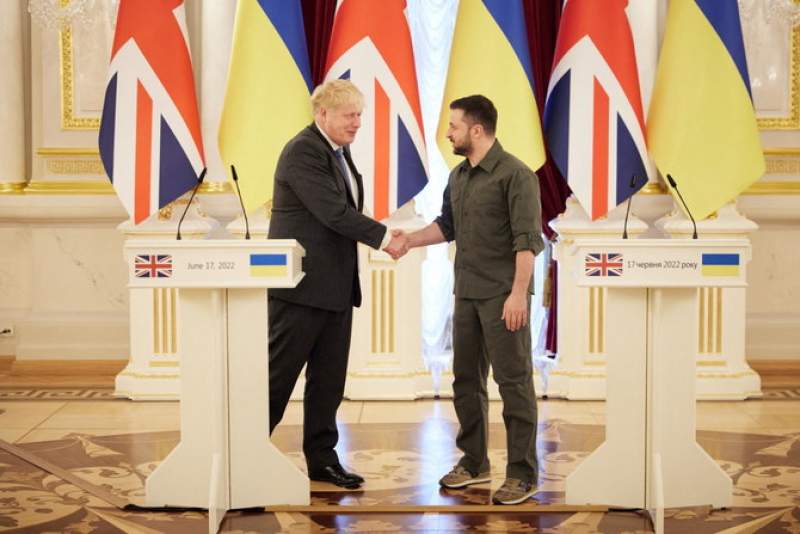 Johnson, who survived a no confidence vote earlier this month, was greeted by Zelensky as a great friend and posted a picture of himself with the Ukrainian president, with the words Mr President, Volodymyr, It is good to be in Kyiv again.

His office said “Johnson offered to launch a major training operation for Ukrainian forces, with the potential to train up to 10,000 soldiers every 120 days at the meeting.”

Johnson said “my visit in the depths of this war, is to send a clear and simple message to the Ukrainian people, the UK is with you, and we will be with you until you ultimately prevail.”