20 June – Tragedy of Indian History or celebration for Bangla nation 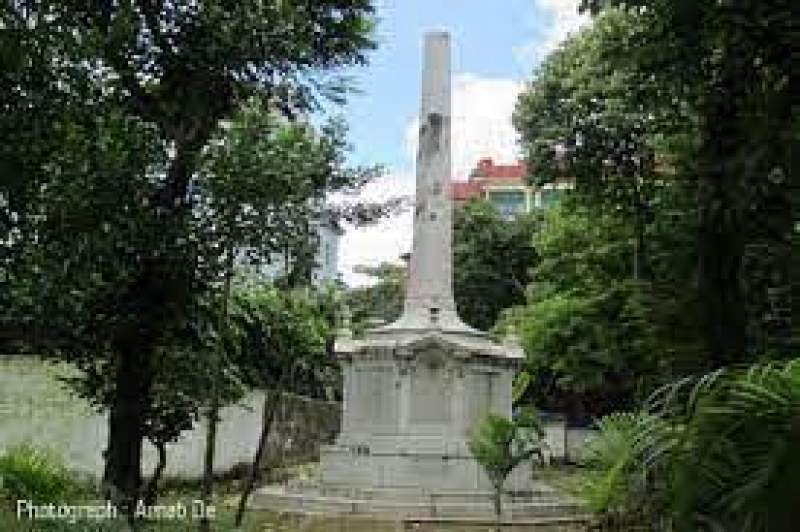 The Europeans regard 20 June as day of Black Hole Tragedy, an event that portrays the dark side of Indian History. On June 20, 1756, Siraj-ud-daulah, the then Nawab of Bengal, captured Fort William and Calcutta (Kolkata), wherein lied the core power of the British East India Company. The British and Anglo-Indian prisoners of war were thrust into a small and stuffy prison at Fort William afterward the fall of the fort, which is mentioned to as the ‘Black Hole of Calcutta’. 146 people were reported to be confined, of which only 23 men (including Holwell) came out alive.

The British claimed that the prison with a probable dimension of 24 feet by 18 feet was not roomy enough to accommodate so many persons who were forcibly pushed into the clogged place. The British records held that by the next morning 123 of the prisoners had succumbed to the adverse situations, mainly because of suffocation, unbearable heat and crushing.

John Zephaniah Holwell of the British East India Company plus one of the survivors of this disaster mainly provided this statistical info. But some say that the total amount of captives was not more than 69. The controversies about the precise toll continue till date and the exact figures are not identified. The Black Hole of Calcutta was later used as a warehouse, and an obelisk, 50 feet (15 m) high, was set up in memory of the dead. No traces of the black hole remain today.

In doing so, they interfered a lot into the inside political and military affairs of Bengal. The ruling Nawab of Bengal, Siraj-ud-Daulah, was displeased with such extreme interference and saw it as a possible threat to the rule of Bengal. He ordered the British to cease the continuing military actions but the British did not listen to him. Consequently, to curb the atrocities of the British, the Nawab of Bengal captured the fort and destroyed many. The battalion’s chief officer planned an escape, and a token force was kept in the military fort under the control of John Zephaniah Holwell, who was a military surgeon and a top East India Company civil servant. In the meantime, the soldiers belonging to the allied troops, who were primarily Dutch abandoned the fight and the British eventually failed to resist the attack of the Nawab.

Indian troops took the surviving defenders prisoner. Among the convicts were civilians as well as soldiers. Holwell and three other captives were sent as hostages to Murshidabad, the rest of the survivors were released afterward the interference and succeeding victory of Robert Clive. A few months later, Robert Clive and his troops were sent to ‘retaliate’. They fought the Fight of Plassey and defeated the Nawab. This marked the foundation of the British rule in India.

Some historians have trimmed the statistics of dead down to 43 dead out of 64 imprisoned. Either way, the next morning while the Bengali forces opened the doors of the Black Hole there were dozens of dead piled inside. The heat, lack of fresh air and water would go on to kill all of those who did not have a beneficial position near the door and windows. The survivors were allegedly offered cool water plus a chair after their ordeal beforehand being released.

The event would go onto shockwave the British public who would later read Holwell’s account of the disaster. When British officials in India revealed the mistreatment of their men they launched a reactive campaign against the Bengali in Calcutta. They recaptured the city in January of 1757 and would go on to execute the Nawab who had done the deed.

The Black Hole was retired as a prison afterward the ordeal and was converted to a storing room instead. Today, the site still exists in Calcutta however the old room is one leaving only the foundation behind.

Black Hole Monument
John Zephaniah Holwell had created a memoriam on the spot of the Black Hole of Calcutta to honor the dead, but about 1822 (the precise date is uncertain) it disappeared. Lord Curzon, who became Viceroy of India in 1899, built a new monument in 1901 at the corner of Dalhousie Square, which is the possible site of the Black Hole. During 1940, when the Indian National movement was at its top, the epitaph was removed from Dalhousie Square plus again established in the cemetery of St John’s Church, wherever it remains till date.

For many Bangla, especially people of Bangladesh, 20th June reminds and remembers the historic success and bravery of Muhammad Sirajud Daulah in capturing Calcutta. No doubt, leaders like Sirajud Daula and Tipu Sultan reminds us the power of the Bangla nation and Muslims who resisted foreign intruders including imperial aggression of the East India Company to put a halt on movements of East India Company in capturing the rest of India. In Bangladesh, he is highly regarded as the last legitimate ruler of the per-partition era. Siraj's legacy has become the forefront of a cultural and moral war against the aggression of Western expansionism and its colonial period in which the strong subjugated the frail. The end of his rule marked the start the rule of the East India Company over Bengal and later on rest of the Indian subcontinent.