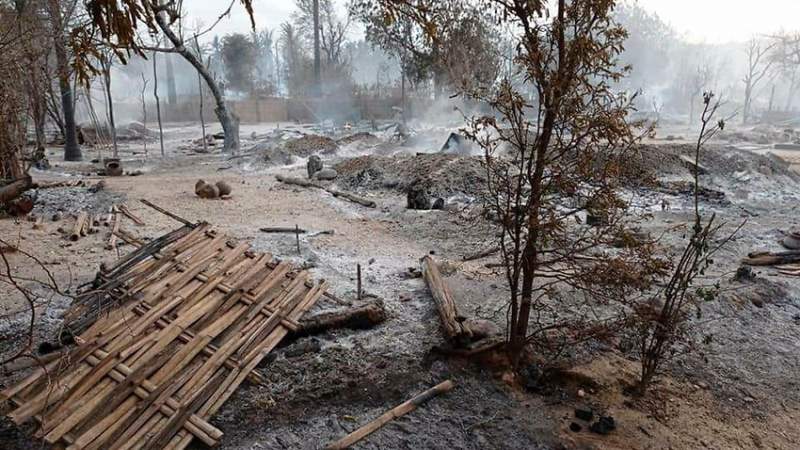 YANGON, 17 June, 2021 (TON): As clashes emerged between the security forces and the local guerillas, a village in the center of Myanmar has been burned down that resulted two casualties.

The media reported that according to the residents, 200 of the 240 houses in Kin Ma were destroyed by the military on Tuesday.

The incident started after the forces clashed with a local militia that is against the governing body, the media reported.

Dan Chugg, UK ambassador to Myanmar, has condemned the attack.

According to a facebook post, "Reports that the junta has burned down an entire village in Magway, killing elderly residents, demonstrate once again that the military continues to commit terrible crimes and has no regard for the people of Myanmar."

However, the media blamed the fire on the terrorists and extremists groups.