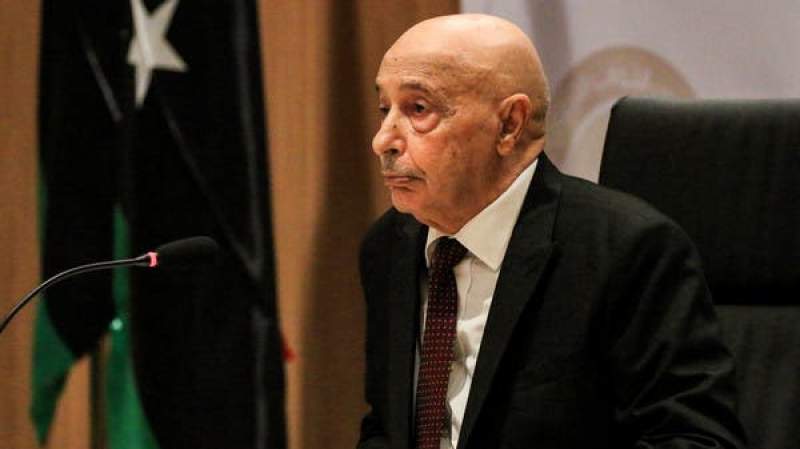 The media reported that Saleh made the remarks during the meeting with head of the Libyan Higher National Commission of Elections Imad Al-Sayah in the eastern city of al-Qubba on Wednesday.

House issued a statement that said, "During the meeting, (Saleh) confirmed his rejection of any attempts aimed at obstructing and postponing the elections beyond the date of December 24 of this year."

It added, "Al-Sayah stressed, during the meeting, the technical readiness of the commission to organize the elections on the scheduled date of December 24, 2021."

However, a new executive authority of a unity government and a presidency council has been selected by the UN-sponsored Libyan Political Dialogue Forum (LPDF) responsible for the preparations of the elections.