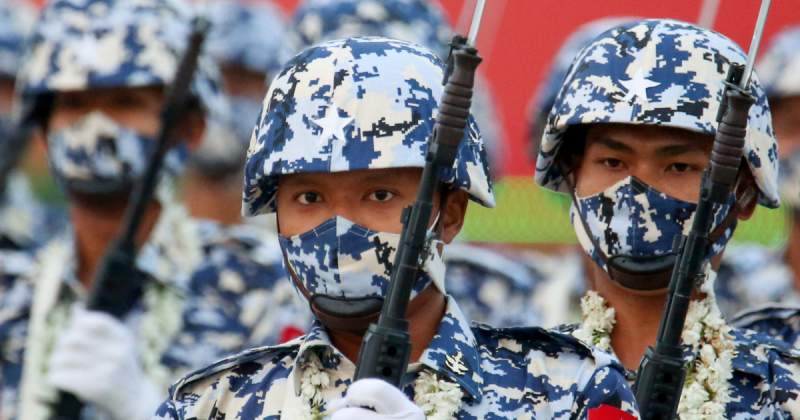 NEW YORK, 19 June 2021, (TON): The UN General Assembly has stopped short of calling for a global arms embargo against Myanmar’s military, even as it took the rare step of urging member states to prevent the flow of arms into the violence-wracked country following the February 1 coup.

The resolution condemning the coup also demands that the military immediately stop all violence against peaceful demonstrators, who continue to take to the streets every day, which also marks the birthday of the country’s ousted leader, Aung San Suu Kyi.

It was approved by 119 countries, with 36 abstaining including China, Myanmar’s main ally. Only one country, Belarus, voted against it. It was sponsored by some 60 countries.

Turkey’s Volkan Bozkir president of the 75th UN General Assembly said in a statement “we must advocate for the protection of all fundamental human rights, including freedom of expression, access to information and peaceful assembly which have been repeatedly infringed upon by the military in Myanmar”.

At the meeting, UN special envoy on Myanmar Christine Schraner Burgener also warned the 193-member body that the risk of a large-scale civil war is real in the country.

“Time is of the essence. The opportunity to reverse the military takeover is narrowing” Schraner Burgener said after the General Assembly adopted the non-binding resolution.

Hundreds of thousands of refugees are currently fleeing from violence in the country following clashes between the military and ethnic groups.

The vote came on the same day that the Security Council was holding informal talks on the situation in the Southeast Asian nation, where the military deposed Aung San Suu Kyi in February.

The resolution was not passed by consensus, as had been hoped, but rather through a vote, forcing all 193 UN countries to reveal their views.