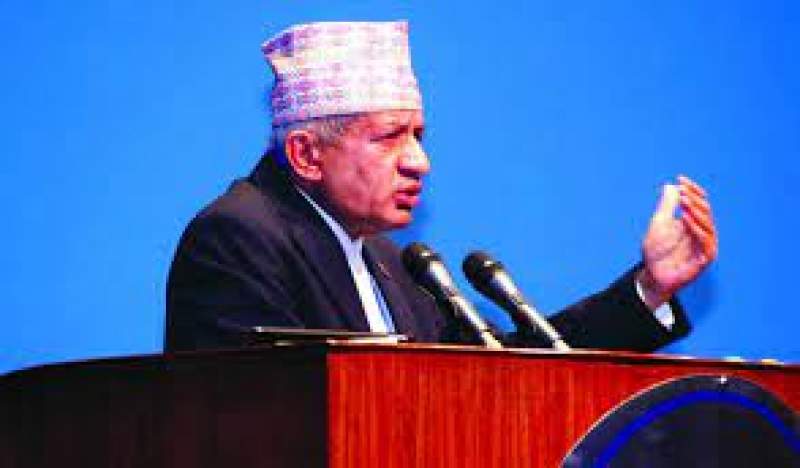 KATHMANDU, 20 June 2021, (TON): Deputy Prime Minister and Minister for Foreign Affairs, Raghubir Mahaseth has said that graduation of Nepal from the 'Least Developed Country' category would be an important milestone for the country.

DPM Mahaseth, in a pre-recorded video conference addressed the Joint Thematic Event of the UN General Assembly and Economic and Social Council on Least Developed Countries, where he expressed Nepal's commitment to make the graduation process smooth and sustainable by mobilising finances from public and private sectors, and internal and external sources.

The event was jointly organised by the President of General Assembly and the President of ECOSOC at UN Headquarters, New York in participation of few ministers and high-level participants.Mahaseth has also called for support from UN system and development partners in order to achieve the sustainable graduation as well as to defeat the pandemic.

He has expressed hope to minimise investment gaps and gaps of resources that LDCs face, to which he hopes that development partners will live up to their financing commitments and motivate in Investment, including FDI, to improve productive capacity, infrastructure, energy, connectivity, and business.