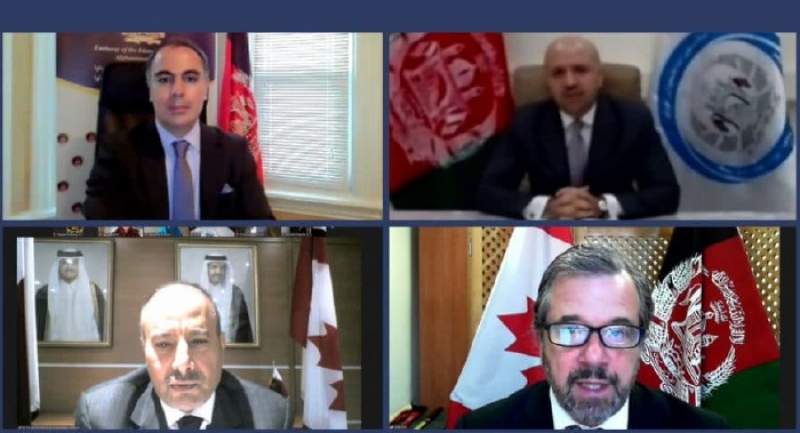 KABUL, 21 June 2021, (TON):  The State Ministry of Peace and the Embassy of the Islamic Republic of Afghanistan in Ottawa, in collaboration with Canada’s Global Centre for Pluralism, hosted a virtual meeting of experts, the Canada Now reported.

The participants, Afghan, Canadian and Qatari officials attended the meeting and discussed the future of the Afghanistan peace process meeting.

Sayed Sadat Mansoor Naderi, State Minister for Peace of Afghanistan, said “for nearly five decades, violence has been the defining factor of life in Afghanistan. It has been the main political capital, the main driving force in the economic market and the foundation of social relationships at the grassroots level. This has to change and the peace process offers the opportunity to do just that.”

According to Naderi, the Taliban has not shown the slightest signs of compromise and flexibility towards the rest of the country, continue their wave of violence and still strongly push for a military takeover. “They have not shown any understanding of human and women’s rights, they have not projected any respect for the diversity and pluralism of Afghan society.”

The minister also added that number of educated young people had grown for the past 20 years, who are the real supporter of long-lasting peace in the country. Focus will be given to ensure the preservation of their achievements.