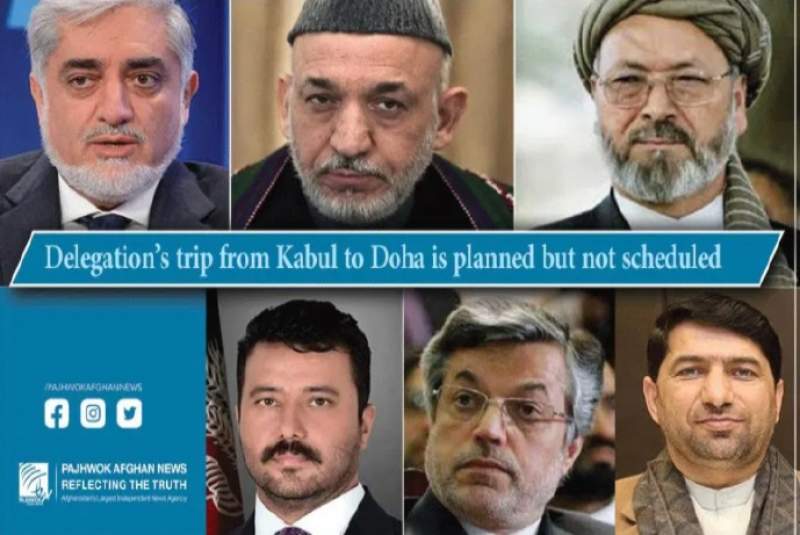 KABUL, 22 June 2021, (TON): A delegation is expected to travel from Kabul to Doha for peace talks, but consultations are still underway and a date for the team’s departure is yet to be agreed, according to officials in contact with the matter.

Media sources in a report today, quoting unnamed sources, said that a seven-member team from the government would travel to Qatar in the next few days for negotiations with the Taliban and Qatari officials.

The source said that the team was expected to travel to Doha Saturday, but it was delayed due to lack of agenda for possible talks with the Taliban, and it would depart in the next few days.