Possibility of civil war in Afghanistan if US withdraws without political settlement: PM Imran 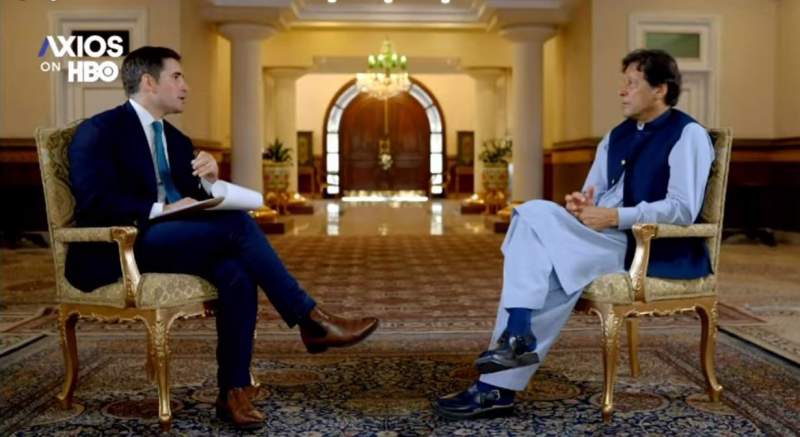 ISLAMABAD, 22 June 2021, (TON): Prime Minister Imran Khan has warned that Afghanistan faces the possibility of another civil war if the US withdraws its forces from the country without a political settlement.

The US began drawdown from May 1 and the process is supposed to complete by September 11, as per the revised plan given by the Biden administration.

However, the US has changed the plan and wants to leave Afghanistan at the earliest, according to Foreign Minister Qureshi.

PM in an interview with Jonathan Swan said “we will be partners in peace but not in conflict.”

The premier went on to say that Pakistan is already hosting three million Afghan refugees and continued conflict in the war-torn neighbouring country could lead to another exodus towards Pakistan.

Responding to a question, the prime minister said being the most powerful nation in the world, the United States has a big responsibility.

Imran also categorically said that Pakistan would "absolutely not" allow any bases and use of its territory for any sort of action inside Afghanistan.