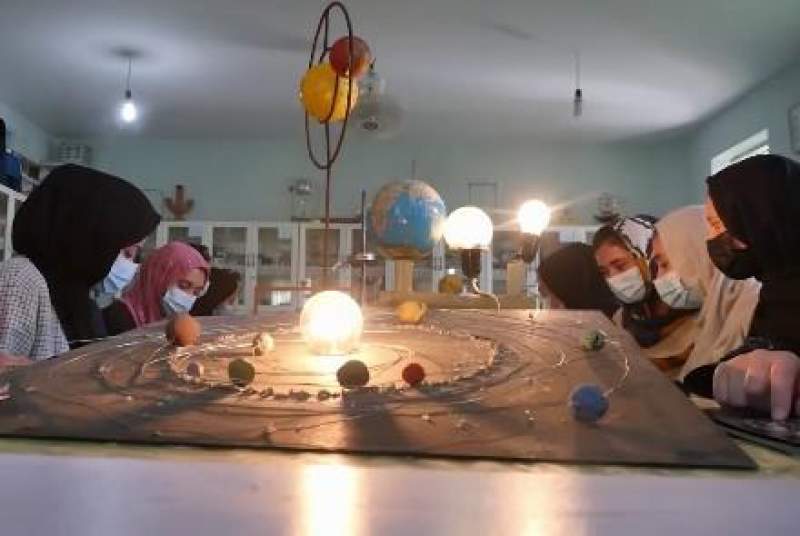 KABUL, 19 July 2021, (TON): A group of Afghan female students from Herat won an award at the International Astronomy and Astrophysics Competition, which was hosted by Poland and held online in the first week of July.

The event is an international science competition that enables students from all countries to prove their skills and to unleash their creativity in the fields of astronomy and astrophysics. Participants receive certificates, awards, cash prizes, and global recognition.

The competition honors the best participants from each participating nation with a special national award certificate.

Members of the astronomy group, all of whom are girls, said “the achievement provided them the opportunity to make further efforts toward their goals.”

Amina Karimiyan, head of the group said “there were 225 astronomy groups from 54 countries. Our prize was a telescope and a package of other relevant equipment.”

Behnaz Azizi, a member of the group said “despite limitations that exist in our dear country, we are thinking beyond this and we want to record Afghanistan’s name in the astronomy science.”