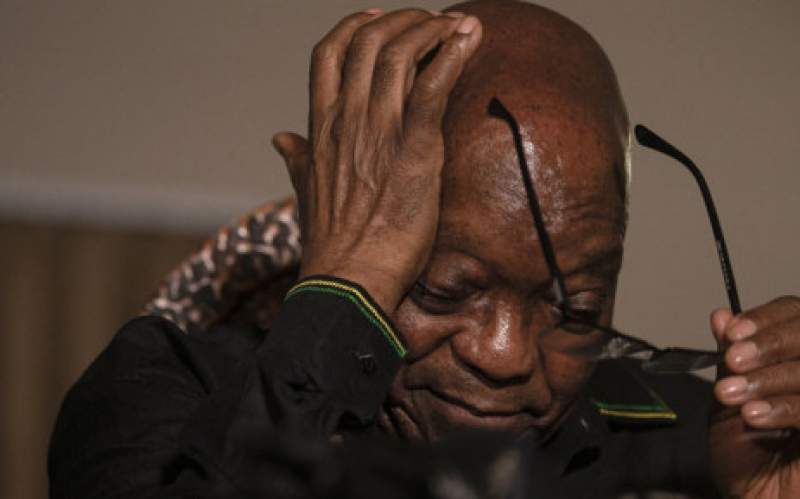 JOHANNESBURG, 19 July 2021, (TON): The dragging corruption trial of South Africa’s jailed ex-president Jacob Zuma resumes on Monday despite deadly violence that swept the nation after his imprisonment in an unrelated case.

Zuma faces 16 charges of fraud, graft and racketeering related to a 1999 purchase of fighter jets, patrol boats and military gear from five European arms firms when he was South Africa’s deputy president.

He is accused of pocketing four million rand ($277,000) in bribes from one of the firms, French defence giant Thales, which has been charged with corruption and money laundering. The trial started in May after numerous postponements and delays, as Zuma’s legal team worked fervently to have the charges dropped.

The 79-year-old Zuma appeared in person for the opening and said he was innocent. Thales also pleaded not guilty, and the next hearing was set for July 19. But things took a nasty turn when on June 29, Zuma was found guilty of contempt of South Africa’s top court for snubbing graft investigators probing his tenure as president. He was jailed a week later.

The incarceration sparked protests in his home province of KwaZulu-Natal (KZN), which snowballed into a week of deadly outbreak of looting and arson that spread to the economic hub Johannesburg, claiming over 200 lives.

South African President Cyril Ramaphosa, who came to office promising to curb graft, said “the riots were a coordinated and well-planned attack on the country’s young democracy.