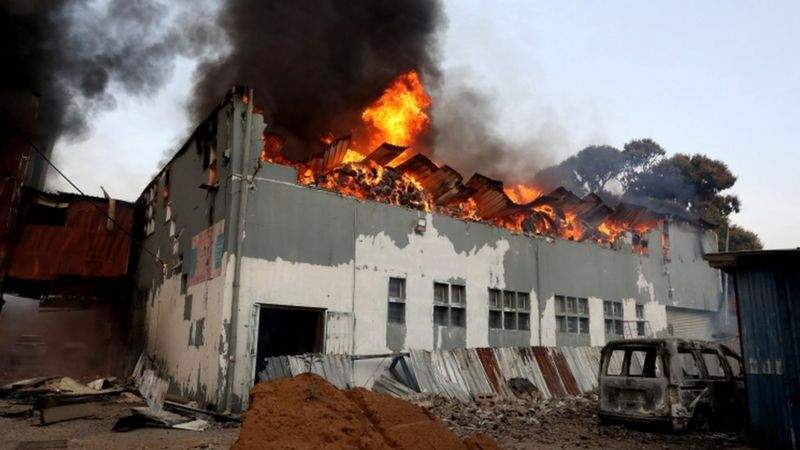 CAP TOWN, 18 July 2021, (TON): South Africans cleaned up shopping centres and stores looted during a week of shocking violence that rocked the country and left more than 200 dead.

Aid organisations also handed out food in communities that had been cut off from main roads or where food shops were ransacked in the unrest.

The violence, the worst in post-apartheid South Africa, erupted after former president Jacob Zuma was sentenced to 15 months in jail for snubbing a corruption inquiry.

His successor President Cyril Ramaphosa, who came to office promising to curb graft, said the riots were a “coordinated and well-planned attack” on the country’s young democracy.

“Using the pretext of a political grievance, those behind these acts have sought to provoke a popular insurrection,” Ramaphosa said in a televised address on Friday night.

The rioting caused widespread destruction, leaving thousands of businesses trashed, including many retail shops that were specifically targeted.

As an uneasy calm set in Saturday, residents in the hard-hit KwaZulu-Natal province swept up debris at the Dube Village Mall in the township of Inanda, north of Durban, shovelling it into refuse bags.

Behind them walls topped with spikes and razor wire had been spray painted with the words “Free Zuma”.

Zuma, whose home province is KwaZulu-Natal, commands support among loyalists in the ruling African National Congress (ANC), who portray him as a champion of the poor.