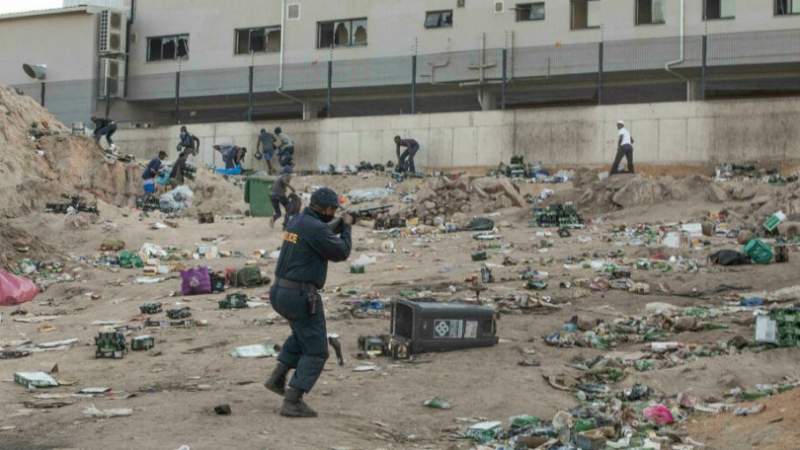 JOHANNESBURG, 19 July 2021, (TON): South African President Cyril Ramaphosa was due to join post-riot clean-up efforts on Sunday as his government warned against vigilantism and sought to avert racial conflict following the unrest.

The country was gripped by more than a week of chaos that claimed more than 200 lives as looters ransacked shopping centres and unidentified groups torched key industrial infrastructure and blocked trade routes.

The violence was the worst in post-apartheid South Africa and erupted after former president Jacob Zuma was sentenced to 15 months in jail for snubbing a corruption inquiry.

His trial for graft in a separate case is due to resume on Monday.

Ramaphosa is under mounting pressure as only one of the suspected masterminds of what officials have called an attempted “insurrection”, which caused an estimated $1 billion of damage, has been arrested.

Access to basic necessities like food has become a pressing issue in the areas affected by looting, arson and violence as many stores were destroyed while others remain closed.

Many in the worst-hit KwaZulu-Natal (KZN) province are now going hungry.