President: Foreign soldiers will not be stationed at Hanimaadhoo airport 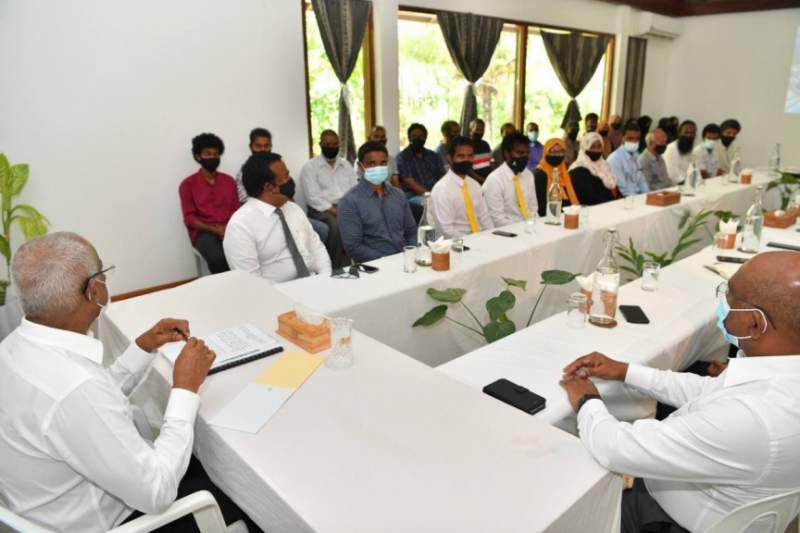 MALE, 19 July 2021, (TON): President Ibrahim Mohamed Solih said that the ownership and management of the airport being built in HDh. Hanimaadhoo will reside solely with the Maldivian government, and provided assurance foreign soldiers will not be allowed to station at the airport.

He made the statement during a meeting with residents of Hanimaadhoo to discuss public opinion on the airport development project afternoon.

At the meeting, President Solih said “his government will not allow any action that may hinder Maldives’ sovereignty in any way, and that he does not believe any succeeding government would allow for it either.”

He said that the loan to build Hanimaadhoo Airport is taken by the government. The management and ownership of the airport will reside with the government. Soldiers from a foreign nation will not be stationed there. And my government will not take any action that may hinder Maldives’ sovereignty in any way.

President Solih spoke of the benefits of having an international airport on the island; not just for the local community in Hanimaadhoo, but for the entire region.

Some of the Hanimaadhoo residents who took part in the meeting said “they welcomed the airport development project, and thanked the President for discussing the project with them.”