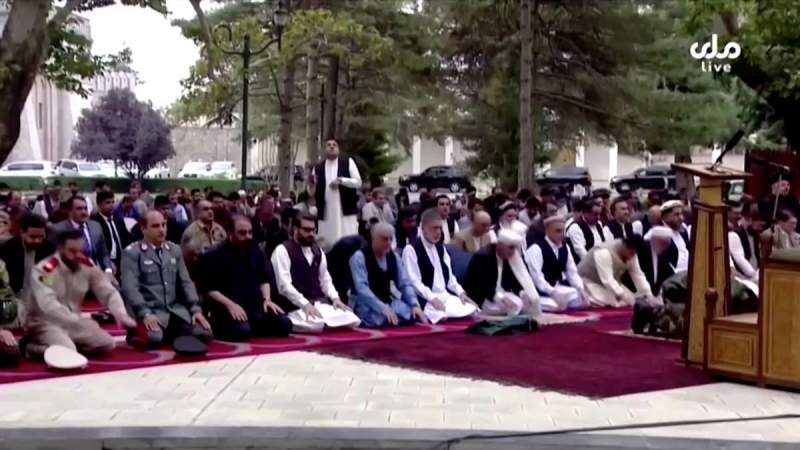 KABUL, 21 July 2021, (TON): Rockets hit the Afghan capital, landing near the presidential palace during prayers for the Muslim festival of Eid al-Adha, but President Ashraf Ghani and many others calmly continued praying at an outdoor gathering.

Three rockets landed outside the palace, said interior ministry spokesperson Mirwais Stanekzai, adding that there were no immediate reports of injuries.

Taliban insurgents denied they were involved in the attack on the heavily fortified palace. Spokesperson Zabihullah Mujahid told Reuters in a voice message the fighters were in a "state of defence" during the Eid religious holiday. Unlike some previous years, the Taliban have not officially declared a ceasefire for Eid this week.

Mujahid did not immediately reply when asked if the Taliban's defensive stance constituted a ceasefire.

Ghani and dozens of others kneeling for prayer as the first explosion was heard. Most continued to pray as security guards could be seen in the background hurrying toward the sound of the blasts.