Deuba struggles to expand Cabinet, more so by issues in his own party 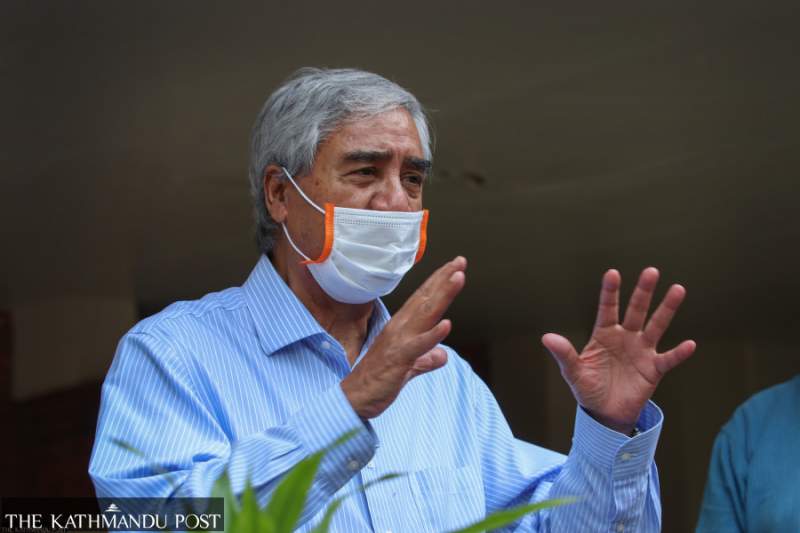 KATHMANDU, 22 July 2021, (TON): As Prime Minister Sher Bahadur Deuba begins consultations to expand his five-member Cabinet, he faces an uphill task with demands and complexities of the constituencies that supported him during the confidence vote in Parliament.

The 165 lawmakers that voted for him belong to a disparate group.

Besides the Nepali Congress, lawmakers from the Communist Party of Nepal (Maoist Centre), the two factions of the Janata Samajbadi Party that has more or less split, a section of the main opposition CPN-UML, and Rastriya Janamorcha supported Deuba.

According to leaders close to Deuba, he wants representation of all parties that stood by him.

Discussions are going on with all the parties who supported us, Purna Bahadur Khadka, a Congress general secretary.

But all the parties have their own complexities including Deuba's own Nepali Congress.

The rival faction of the party, led by Ram Chandra Poudel, has demanded at least one deputy prime minister with the other General Secretary Shashanka Koirala, former vice-president Prakash Man Singh and senior leader Sujata Koirala vying for the post.

But Deuba has made it clear that it is not possible and the Poudel faction will get just two portfolios in the Cabinet. One of the major reasons behind the delay in Cabinet formation is dynamics inside the Nepali Congress.