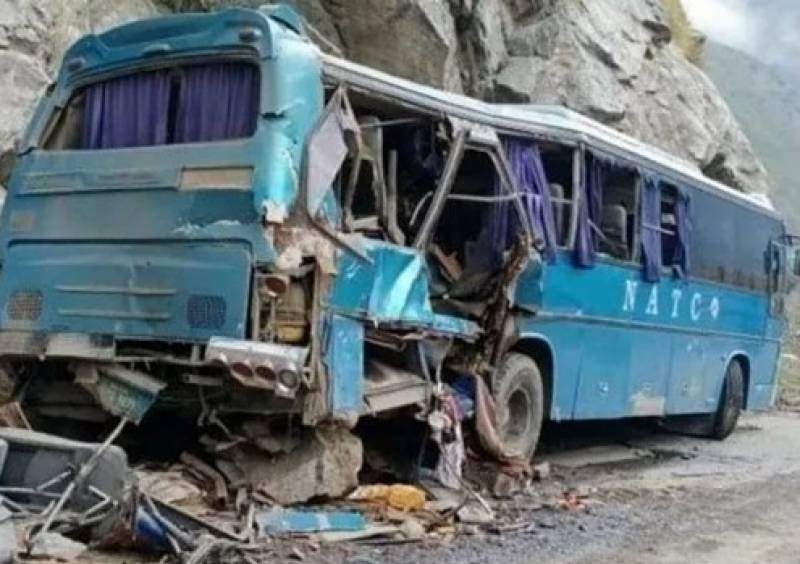 On July 14, Wednesday 12 persons, including nine Chinese engineers and two Frontier Corps personnel died and several others were injured in a bus "Bomb Blast" near the Dasu hydropower plant in the Upper Kohistan district in northern areas of Pakistan Khyber Pakhtunkhwa province near Kashmir. The terrible incident happened in Kohistan region. After the incident, there were some twists-and-turns on whether it was a terror attack and what caused the deaths appeared conflicting. The Foreign Office contradicted reports of an attack, saying that the bus "plunged into a ravine after a mechanical failure resulting in leakage of gas that caused a blast". However, Adviser to the Prime Minister on Parliamentary Affairs, condemned the attack termed it a "cowardly attack" and said that it would "not divert attention from the special relations between Pakistan and its neighbors".

Special Assistant to the KP Chief Minister on Information said a high level delegation has left for Upper Kohistan, adding that officials will shortly inform the people and the media of the ground realities. "The media is advised to avoid speculating on the matter." Soon after the incident, Upper Kohistan Deputy Commissioner said that the incident took place around 7:30am when a coaster was carrying over 30 workers, including Chinese engineers, from the Barseen camp to the Dasu Dam plant site. A senior police officer told as that mobile network was not functional in the area when the incident took place making the flow of information difficult.

In Beijing, China's foreign ministry spokesman expressed his “shock and condemnation over the bombing”. He urged Pakistan to “severely punish the perpetrators and earnestly protect the safety of Chinese nationals, organizations and projects” in the country. Later on, Foreign Minister of Pakistan offered his condolences to his Chinese counterpart on the "Tragic” incident and asked him to convey the condolences to the families of those who lost their lives in the blast. The Interior minister also said that the friendship between Pakistan and China is eternal and it cannot make any difference and Pakistan attaches great importance to safety and security of Chinese nationals, projects and institutions in Pakistan.”  Additionally, the FO spokesman told that “Pakistan and China are close friends and iron-brothers.

In the mean-time the concerned Chinese Company has stopped work on Dasu Dam over the death of Chinese engineers in Kohistan. A letter written to the government of Pakistan by China Gezhouba, a Chinese company working on the Dasu Dam, said that they could not work due to the July 14 incident. The letter said that all Pakistani employees have been laid off but all employees will be paid gratuity and salary. The project director of Dasu Dam also confirmed the letter written by the Chinese company. He said that work on the dam would resume as soon as security matters are rectified.

During the time, Chinese Premier urged Pakistan to bring the terrorists to justice in a phone call with Pakistani Prime Minister on Friday, marked the shuttle bus blast in Khyber Pakhtunkhwa province form both sides to confirm it as a “terror attack” after two days of the “Blast”. As head of the government Pakistani prime-minster called Chinese Premier Li on the incident, which showed the mutual trust of the two countries and also Pakistan's giving importance to the incident. When inviting Li for the phone call on behalf of the Pakistan government and people, the Pakistani prime-minster expressed his sincere condolences to the Chinese government and families of the victims in the terrorist attack. He also updated him about the progress of the current investigation and follow-up work. The Chinese Premier Li stressed the Pakistani government to pay high attention to the security of Chinese citizens and organizations.

The increasing trend of attacks against Chinese in the past two years is mainly due to the charming progress of the China-Pakistan Economic Corridor (CPEC). Some forces inside and outside Pakistan does not want to see the strong ties between Pakistan and china to imbalance the peace of south-Asia. They always attempted to create vicious incidents to disturb and perturb the progress between the two countries and also to mess up with the mega project of China-Pakistan Economic Corridor which would change Pakistan status into an international economic and financial hub.

There are complicated and deep changes in the global and regional situations. China as strategic partner of Pakistan pay high attention to China-Pakistan relations and is willing to enhance strategic communications and coordination, deepen practical cooperation, safeguard regional peace ,security in a bid to bring benefits to people of both countries . The incident may affect and lose some Chinese companies' confidence in investing in Pakistan for which needs Pakistan to make more efforts. And also to protect Chinese and Chinese companies and to fill the loop holes in the security system of the country in order to foil the nefarious designs of the enemies of both countries in South-Asia.