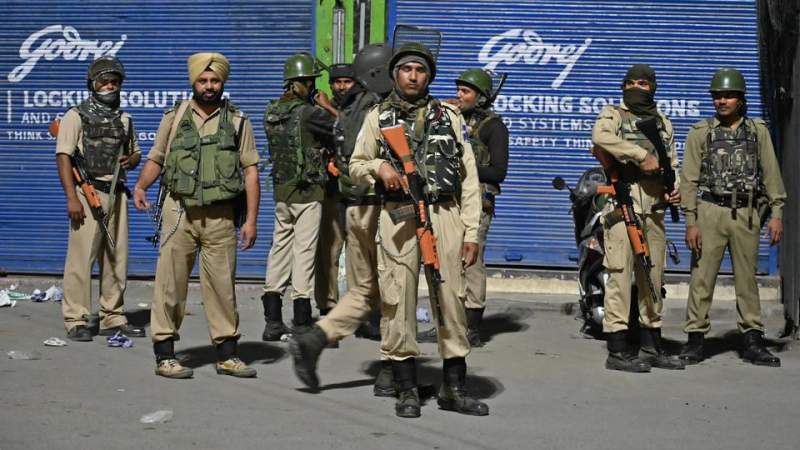 Recently, in Indian illegally occupied Jammu and Kashmir, the All Parties Hurriyat Conference leadership has expressed abysmal concern over the Indian policy of colonialism calling it shameless violations of the United Nations Security Council resolutions, which visibly describe Jammu and Kashmir as a disputed land. According to Kashmir Media Service, the APHC General Secretary, in a statement issued in Srinagar, termed the issuance of the domicile certificates to the non-state subject spouses as a brazen plot of implementation of the new set of laws to change the demography of the disputed territory.

He said that India as an aggressor has traversed all limits of illegitimate domination which had never been accepted by the freedom-loving people of Kashmir.The APHC leader pressed the United Nations Secretary General, to take serious acquaintance of the Indian state terrorism and its propelling designs in the disputed territory. On the other hand, he further said that the Indian media report claims of killing 36 persons killed in the month of June and July in Kashmir by Indian troops is a pack of lies, instead the troops martyred 42 Kashmiris and wants to hood wink the international community by hiding the actual figures of their brutal killings. In the meantime, Indian troops have launched a cordon and search operation in Akhnoor area of Jammu.

In Indian illegally occupied Jammu and Kashmir, the All Parties Hurriyat Conference has warned that the current Indian fascist regime has chalk out a long-term policy to kill the Kashmiri people one by one to change the demography structure of the disputed territory. The APHC Working Vice Chairman, in a statement in Srinagar strongly condemned the relentless cordon and search operations and said that the Indian occupational forces did not spare Kashmiris even during the sacred days of Eid-ul-Azha.

He paid rich tributes to the last week's martyrs and deplored that India is using its military power in an uncivilized way to quash the Kashmiris. He added that New Delhi had absolutely unsuccessful in its despicable designs in Indian occupied Kashmir. The APHC leader said the horrible situation created by the presence of one million Indian occupational forces requires immediate intervention by the UN chief, to stop the genocide of innocent Kashmiris in the territory and arrange a free and fair plebiscite to resolve the Kashmir dispute according to their true wishes and aspirations of the people of Kashmir.

While director General of Police of Jammu and Kashmir said the efforts of the police force to combat militancy in Jammu and Kashmir have carried out a large number of operations and 83 terrorists have been killed during the operations this year. Moreover, massive cordon and search operations continued in Bandipore district and Indian troops had further martyred three youths in the area on last Saturday. In Indian Illegally Occupied Jammu and Kashmir (IIOJ&K), by the call of All Parties Hurriyat Conference (APHC) complete shutdown was observed on the visit of Indian President to the territory, on Tuesday.

The APHC Spokesman in a statement said that the visit was tantamount to add injury to insult and rub salt on the bleeding wounds of Kashmiris, who are under the worst kind of military siege, especially since 5th August 2019. He said ruthless genocide, custodial killings, random imprisonments, indescribable carnages, loot, plunder; wrecking residential houses and recurrent cordon and search operations with impunity have become a persistent policy of Indian government in the territory. He said in this gruesome situation, any visit of an Indian dignitary meant to support the reign of terror of its forces to tighten inhumane military siege and inflict bloodshed and havoc on the freedom-loving people.

The APHC spokesman said that the Indian president as head of Indian armed forces, involved in massacring Kashmiri youth with impunity, was on a military mission to mingle with the forces’ personnel and devise the strategy on how to intensify killings and brutalities in the territory. Keeping in view the above-mentioned facts, it is the prime responsibility of the United Nations Council for Human Rights and other global human rights organizations to prevent India from committing genocide of Kashmiris and play their active role in resolving the Kashmir dispute in accordance with the UN Security Council resolutions.