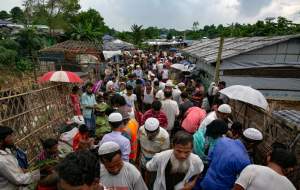 DHAKA, 05 August 2022, (TON): Bangladesh has sought the European Union’s role to put pressure on Myanmar for early repatriation of the Rohingya community to their place of origin in the Rakhine State.

Bangladesh mentioned that the countries like the UK, US, Spain, Japan, Korea, and France are investing and doing even more trading with Myanmar.

Foreign Minister Dr AK Abdul Momen met high representative of the EU for Foreign Affairs and Security Policy and Vice-President of the European Commission Josep Borrell Fontelles on the sidelines of the Asean Regional Forum in Phnom Penh, Cambodia.

During the meeting, he raised the Rohingya repatriation issue which has never seen any light for the past five years.

According to the Ministry of Foreign Affairs “Momen strongly sought the EU’s support in putting pressure on Myanmar to take back their nationals.” 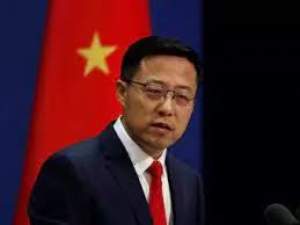 On Thursday China defended its massive infrastructure ventures and investments in crisis-hit Sri Lanka and said that they have “boosted” its economic development, amid criticism from the US of Beijing’s unproductive projects and opaque loan deals among the reasons for the country’s bankruptcy.

According to Chinese Foreign Ministry spokesman, China-Sri Lanka practical cooperation has always been led by Sri Lanka with scientific planning and thorough verification with no strings attached and china did not push Sri Lanka to financial bankruptcy.

Chinese projects have boosted Sri Lanka’s economic development, and brought tangible benefits to the Sri Lankan people,” he said while responding to a question on the criticism of China’s projects and policies towards Sri Lanka by the USAID administrator.

On Wednesday Speaking in New Delhi, she said India reacted “really swiftly” with an absolutely critical set of measures to help Sri Lanka tide over its economic crisis, but calls to China to provide significant relief have gone unanswered.

It is widely known that China became one of Sri Lanka’s “biggest creditors” offering often “opaque loan” deals at higher interest rates than other lenders and wondered whether Beijing would restructure the debt to help the island nation.

Refuting her allegations, the Chinese spokesperson said, there are multiple components to Sri Lanka’s foreign debt, where China-related debts take far less share than the international capital market and multilateral development banks. As China initiatives to build ports and other infrastructure across Asia and Africa, paid for with Chinese loans, is just for boosting trade.

As Sri Lanka’s 22 million people are in dire straits. Foreign currency ran out in April, leading to food shortages, power cuts, and protests that forced a prime minister to resign due to bankruptcy. Payment on $51 billion of debt to China, Japan, and other foreign lenders was suspended.

Besides what China provides for Sri Lanka almost preferential loans with low-interest rates and long terms, which have played a positive part in improving Sri Lanka’s infrastructure and livelihood. China’s unproductive projects in Sri Lanka, including the Hambantota port, which Beijing took over on a lease as a debt swap, have come under sharp criticism.

The unprecedented economic crisis faced by Sri Lanka has led to severe shortages of fuel, cooking gas and medicine and long lines for essential supplies, which led to massive anti-government protests and the ouster of President this month.

China, which accounts for 10 per cent of Sri Lanka’s debt, is reported to have resisted offering a debt cut. He also sought to blame the US policies including the interest rate hikes, unilateral sanctions and massive stimulus policies which had seriously impacted many developing countries like Sri Lanka.

Chinese Foreign Ministry spokesman went on to say that the global economic and financial markets have taken a heavy toll as the US’s recent sudden interest rate hikes and balance sheet reduction has siphoned off dollars more rapidly, reverse from the long-running quantitative easing policy and irresponsible massive stimulus. Without referring to the Russia-Ukraine war, he also blamed the US sanctions.

The US’s unilateral sanctions and tariff barriers have undermined the security of industrial chains and have worsened the price surge of energy, food and other commodities. This has further aggravated the financial and economic situation of many developing countries, including Sri Lanka.

Opposition figures say while Sri Lanka needs China to reduce its debt, blame lies with leaders who built unrealistic projects that cannot pay for themselves while they failed to invest in economic development.

Foreign loans have been misused by making highways, airports and convention halls in the jungles which didn’t give any returns in foreign currency, a Chinese-built port in Hambantota in the southeast as a prime example of official recklessness.

It was built in the hometown of then-President and paid for with $1.1 billion in Chinese loans despite the plan having been rejected by an expert panel. Its promoters said Hambantota, on busy Indian Ocean shipping routes, would ease the burden on Sri Lanka’s main port in Colombo. However, it failed to generate foreign revenue

US says Russia aims to fabricate evidence in prison deaths 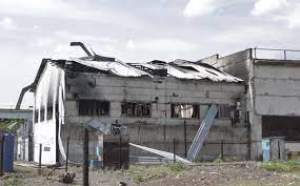 US intelligence officials have determined that Russia is looking to plant false evidence to make it appear that Ukrainian forces were responsible for the July 29 attack on Olenivka Prison that left 53 dead and wounded dozens more.

Russia has claimed that Ukraine’s military used US-supplied rocket launchers to strike the prison in Olenivka, a settlement controlled by the Moscow-backed Donetsk People’s Republic.

The Ukrainian military denied making any rocket or artillery strikes in Olenivka.

The intelligence arm of the Ukrainian defense ministry claimed in a statement to have evidence that local Kremlin-backed separatists colluded with the Russian FSB, the KGB’s main successor agency, and mercenary group Wagner to mine the barrack before using a flammable substance, which led to the rapid spread of fire in the room.” 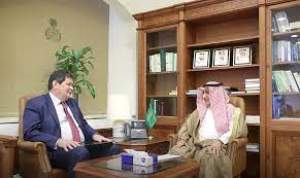 During the meeting, they reviewed bilateral relations and ways to build upon them in all fields.

Crompton had a constructive meeting with Minister for Industry and Mineral Resources Bandar Alkhorayef, in which they discussed ways to cooperate in mining and other sectors following Alkhorayef’s recent visit to the UK. 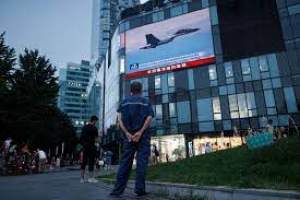 TAIPEI, 04 August 2022, (TON): China launched unprecedented live-fire military drills in six areas that ring Taiwan, a day after a visit by US House of Representatives Speaker Nancy Pelosi to the self-ruled island that Beijing regards as Chinese territory.

It said “soon after the scheduled start at 0400 GMT, China’s state broadcaster CCTV said the drills had begun and would end at 0400 GMT on Sunday. They would include live firing on the waters and in the airspace surrounding Taiwan.” 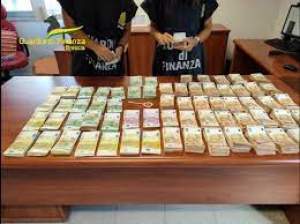 ROME, 04 August 2022, (TON): A source familiar with the matter said “Italy’s tax police have seized assets worth over 141 million euros ($144 million) from an architect who has been linked to Russian President Vladimir Putin.”

The tax police sent a statement earlier on Wednesday saying it had seized the assets from a “well-known professional” in Brescia, a town in northern Italy, citing alleged tax offenses. It declined to name the person when contacted by Reuters.

The source said the assets belonged to Lanfranco Cirillo, who had designed a grand estate on the Black Sea in Russia that became known as “Putin’s palace” after a businessman alleged the estate was built for Putin.

The Russian president has in the past denied any link to the luxury property. 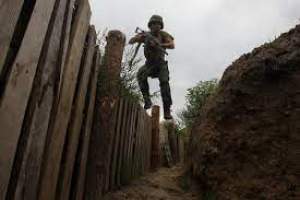 WASHINGTON, 04 August 2022, (TON): Ukraine said “Russia had started creating a military strike force aimed at President Volodymyr Zelensky’s hometown of Kryvyi Rih, as NATO moved closer to the most significant expansion of the alliance in decades as it responds to the invasion of Ukraine.”

The US Senate and the Italian parliament both approved Finland and Sweden’s accession to the 30-member North Atlantic Treaty Organization.

Under NATO membership, which must be ratified by all 30 member states, an attack on one member is an attack against all.

US President Joe Biden said “this historic vote sends an important signal of the sustained, bipartisan US commitment to NATO, and to ensuring our Alliance is prepared to meet the challenges of today and tomorrow.” 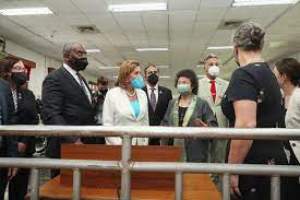 A furious Beijing is planning its biggest-ever exercises around Taiwan in response to US House Speaker Nancy Pelosi’s visit to the self-ruled island.

the ministers said “the situation could lead to miscalculation, serious confrontation, open conflicts and unpredictable consequences among major powers.” 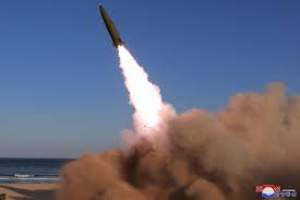 SEOUL, 04 August 2022, (TON): North Korea warned it will never tolerate the United States’ criticism of the isolated country’s nuclear program, calling Washington the kingpin of nuclear proliferation and saying it would not allow any encroachment of its sovereign rights.

North Korea has conducted missile tests at an unprecedented pace this year and international experts believe it is readying its seventh nuclear test, the first since 2017.

The North’s permanent mission to the United Nations issued the statement on Wednesday as diplomats gathered in New York for a month-long UN conference to review the Treaty on the Non-Proliferation of Nuclear Weapons.

US Secretary of State Antony Blinken said “during the meeting the North continues to expand its unlawful nuclear program” and “is preparing to conduct its seventh nuclear test.” 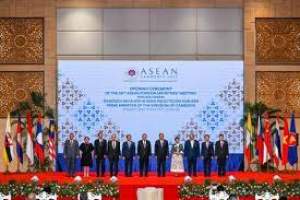 ABU DHABI, 04 August 2022, (TON): The UAE participated in the 55th Foreign Ministers Meeting of the Association of Southeast Asian Nations.

During the meeting, which is taking place in Cambodia from 30th July to 6th August 2022, the UAE signed ASEAN’s Treaty of Amity and Cooperation in Southeast Asia.

Dr. Abdulnasser Alshaali, Assistant Minister for Economic and Trade Affairs at the Ministry of Foreign Affairs and International Cooperation, represented the UAE at the signing ceremony.

Alshaali emphasized the UAE's shared values and deep ties with ASEAN member states in his remarks.

The assistant minister said "the signing of the TAC reflects the UAE's keenness to strengthen and advance economic relations with ASEAN countries."