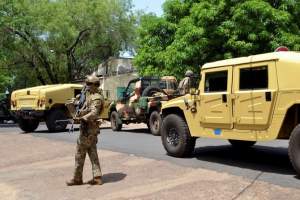 RIYADH, 24 June 2022, (TON): The Ministry of Foreign Affairs expressed “Saudi Arabia's condemnation of the recent extremist attacks that took place in the Mopti region of Mali.”

The mass killing the latest in a series of attacks across the Sahel resulted in one of Mali's highest civilian death tolls.

Villagers were contining a search for the missing this week, raising fears of an even greater toll. Mali has seen an increase in extremist insurgency linked to Al-Qaeda following two military coups in the last two years. 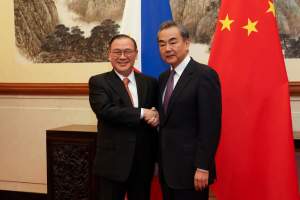 MANILA, 24 June 2022, (TON): Philippines outgoing foreign minister said “talks over joint energy exploration between his country and China in the South China Sea had been terminated, citing constitutional constraints and issues of sovereignty.”

The two countries have sparred for decades over maritime sovereignty and had since 2018 pledged to jointly explore oil and gas assets in the Philippines exclusive economic zone, despite China also laying claim to them.

Teodoro Locsin said in a speech “we got as far as it is constitutionally possible to go. One step forward from where we stood on the edge of the abyss is a drop into constitutional crisis.”

Three years on and we had not achieved our objective of developing oil and gas resources so critical for the Philippines but not at the price of sovereignty; not even a particle of it. 

A foreign ministry press release said here “the Foreign Minister was received by the Bangladesh envoys to London and Nairobi and the high officials from the Rwandan Government apon his arrival.”

This year, CHOGM is taking place from 24-25 June 2022 under the theme Delivering a Common Future: Connecting, Innovating, Transforming with the attendance of more than thirty Heads of Government.

In the evening, the foreign minister attended a sideline event hosted by Bangladesh in partnership with the Government of Rwanda, Shuchona Foundation, and the British Asian Trust under the title Rethinking Mental Health: A Commonwealth Call to Empower, Care and Transport. 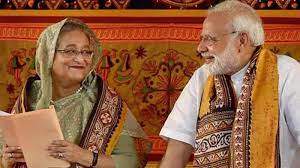 Indian high commissioner Vikram K Doraiswami handed over Modi’s invitation letter to prime minister Sheikh Hasina to visit India while paying a call on her at her Jatiya Sangsad office.

Officials of the two countries are working through a diplomatic channel on the visit of Sheikh Hasina, which is expected to take place in September next. 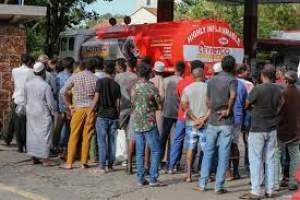 NEW DELHI, 24 June 2022, (TON): Indian official has held talks with Sri Lankas president and prime minister as India signals its willingness to go beyond the $4bn in loans, swaps and aid that it has already provided its cash-strapped neighbour.

Sri Lanka is facing its worst economic crisis in seven decades, with a severe foreign exchange shortage hampering the importation of essentials including food, fuel and medicines.

The island nation off the tip of southeast India needs about $5bn in the next six months to cover basic necessities for its 22 million people, who have been struggling with long queues, worsening shortages and power cuts.

Bangladesh: Over 49,000 families marooned in Tangail 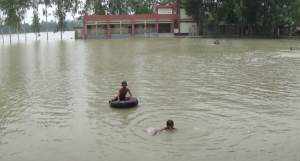 DHAKA, 24 June 2022, (TON): As many as 49,417 families in Tangail are still marooned despite the water levels at Jamuna River going down.

According to the agriculture department “around 6,300 hectares of cropland was inundated as several low-lying areas in six upazilas were flooded.”

The Deputy Commissioner’s office said “around 67.75 square kilometers of land has been flooded in the district.”

According to the Water Development Board “Jamuna is flowing 52cm above danger mark but the water level has decreased by 5cm.”

The water levels of Jhinai river at Jokchar point and Pungli river dropped, 3cm and flowed 59cm above danger mark. 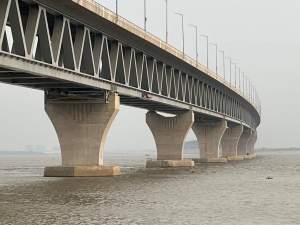 He said in a video message "the bridge should also make it easier to connect Bangladeshis more efficiently with and drive economic growth in the dynamic Bay of Bengal region.”

Bruer said “Padma Bridge is a major achievement by and for Bangladeshis and all Bangladeshis should be proud of it and added that on behalf of all Australians he congratulated the government and people of Bangladesh.”

He said “the bridge should give a significant boost to the national economy by reducing travel time and making it easier for people to move around the country, to conduct business and to see their families.”

Bangladesh: Bangladesh, US celebrate 50 years of food and friendship 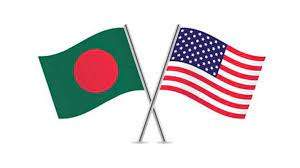 A press release issued by US embassy said “the showcase offered U.S. exporters an opportunity to meet with Bangladeshi distributors and importers of consumer-oriented food and beverage products.”

It added “in 2020, Bangladesh imported over $1 billion of agricultural and food products from the United States.”

US Embassy Chargd' Affaires Helen LaFave and Administrator of the US Department of Agriculture Foreign Agricultural Service Daniel Whitley were present during the inaugural session of virtual market held from June 21 to 22.

La Fave said “I am pleased demand is growing for U.S. products in Bangladesh expanding food sector, as consumers recognize the high quality of our products and the reliability of our companies.” 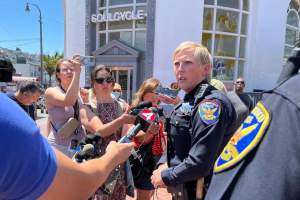 WASHINGTON, 23 June 2022, (TON): Police said “one man was killed and another was wounded in a shooting on a San Francisco subway train that ended in the city's historically LGBTQ neighborhood just days before Pride celebrations.”

The shooting occurred shortly before 10 a.m. on a commuter train as it pulled away from a residential station toward the station in the city's Castro neighborhood.

There, officers found two victims, one dead at the scene.

San Francisco Supervisor Myrna Melgar said “the other person, a bystander, was taken to a hospital with an injured knee.” 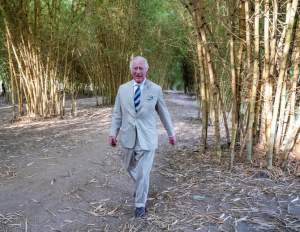 LONDON, 23 June 2022, (TON): Johnson’s spokesman said “British Prime Minister Boris Johnson will meet with heir to the throne Prince Charles in Rwanda on Friday while both are attending a meeting of Commonwealth leaders.”

Last week, Britain’s first planned deportation flight did not go ahead after the European Court of Human Rights issued last-minute injunctions to prevent a handful of asylum seekers being sent to the East African country.