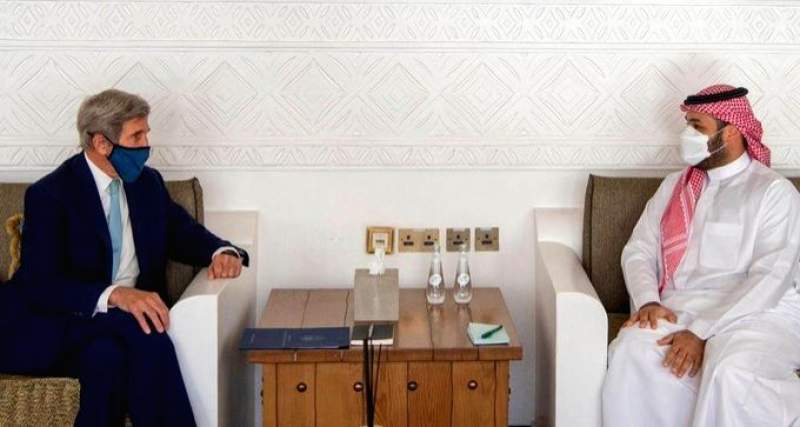 In order to conduct talks on climate change actions, Kerry arrived in the kingdom after his visit to Abu Dhabi this week.

A joint statement issued by the two leaders said, The US and Saudi Arabia " are committed to addressing the increasing climate challenge with seriousness and urgency,"

The US and Saudi Arabia " are committed to addressing the increasing climate challenge with seriousness and urgency,"

"Both countries affirm the importance of reducing greenhouse gas emissions and taking adaptation actions during the 2020s to avoid the worst consequences of climate change."

According to the media, during the meeting, the officials "discussed the kingdom's initiatives in confronting climate change, reducing emissions and preserving the environment and its components", Saudi Arabia's state news agency reported.

The kingdom has introduced several programs aimed at slowing environmental degradation and tackling the climate emergency.

The statement said, "The talks focused on Saudi Arabia's Green Initiative and the Green Middle East in addition to its efforts during the G20 summit in pushing the adoption of a circular carbon economy."