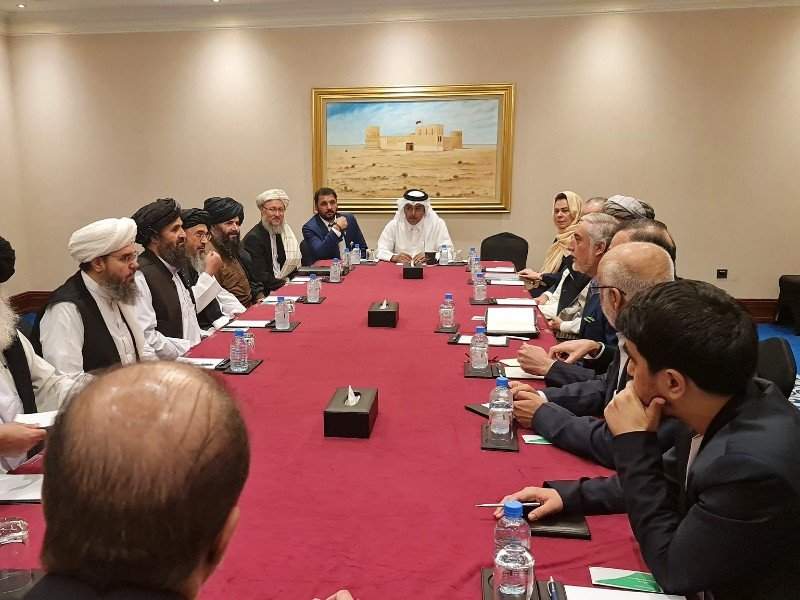 KABUL, 18 July 2021, (TON): Representatives of the Afghan government and the Taliban met in Doha for talks, as violence rages in the country with foreign forces almost entirely withdrawn.

The two sides have been meeting on and off for months in the Qatari capital, but the talks have lost momentum as the insurgents have made battlefield gains.

They were joined by negotiators from the Taliban's political office in Doha.

According to a source “former president Hamid Karzai had also been due to travel to Doha but remained in Kabul.”