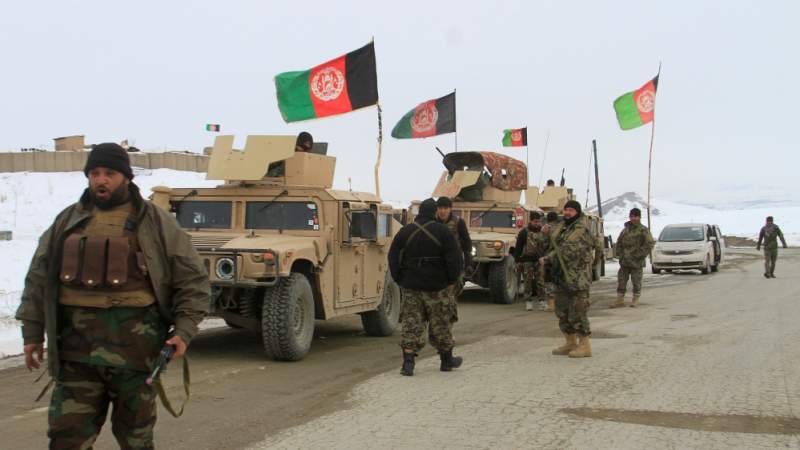 New clouds of infighting are looming on Afghanistan political horizon, after the Americans forces have almost pulled out their troops from Afghanistan. A new tug-of- war is started between different warring factions of Afghanistan as the Taliban has taken the control of  all the important routes leading to its neighboring countries like trade-routes linking Pakistan with southern Afghanistan, the fall of  town in Spin Boldak  and important trade-road between Spin Boldak, Chaman and Kandahar customs now are under the command  of Taliban. The area is situated quite near to  the Durand Line border with Pakistan besides, it Islam Qala and Turghundi in Herat province, Shir Khan Bandar in Kunduz and Abu Naser Farahi border port in Farah province also fall to Taliban forces.

The critical armed conflict in Afghanistan over the last two decades was destructive to civilians that caused massive human rights abuses and war crimes by all sides. These abuses fueled conflict in several ways, including by inspiring recruitment to the insurgency, rendering political talks nearly impossible. Successive U.S. administrations have largely perceived human rights as an obstacle rather than think it vital to address Afghanistan’s problems. This approach was cataclysmic. The ground reality was worse long before the Taliban re-emerged, through frivolous opportunities and the indifference of U.S. generals about atrocities being committed by Afghan forces, the U.S. military, CIA units and  consistent failure  to do something positive in the last two decades since 2001, and this way U.S. decisions and policies essentially stage to embrace for failure.

Throughout the period, U.S chose allies in ousting the Taliban and committed severe human rights abuses. These warlords were a source of insecurity and they generated wide-spread anger, undermined efforts for good governance at the local and national levels, and paved the way for Taliban to obtain support for recruitments from among the Afghan masses.

After Northern Alliance forces ousted the Taliban from the north in the past, their militias carried out systematic attacks on Pashtun villages, raping women, executing civilians, and snatching livestock and land. Such attacks occurred in late 2016, when militia forces under the former vice president, brutally attacked on Pashtun villages in Faryab, accusing them of supporting the Taliban. In November 2001, forces massacred 2,000 Taliban prisoners who were surrendered outside Kunduz. The area is known as Dasht-e Laili, where there are thousands of graves. By 2006, local militias had destroyed the grave site. But the Taliban and their families has not forget these gruesome killing.

NATO's 20-year military mission in Afghanistan has all but finished still almost 1,000 mainly US troops remain on the ground to protect diplomatic missions and Kabul's international airport. Under a deal with Taliban, the US and its NATO allies agreed to withdraw all troops in return for a commitment by the Taliban not to allow al-Qaeda or any other group to operate in the areas they control. The last Intra-Afghan talks aimed at reaching a comprehensive peace settlement in Doha, Qatar, in September 2020, represented a major step toward deciding the Afghan conflict. The two sides have met intermittently but no result appeared on the two key issues that were central to talks reducing violence and determining the future structure and orientation of the Afghan state.

The Taliban spokesman has already made it clear that diplomats, NGOs and other foreign civilians would not be targeted by the Taliban, he further said that "We are against the foreign military forces, not diplomats, NGOs and workers and NGOs functioning and embassies functioning. We will not pose any threat to them," he said. The Taliban spokesman described the current government as "moribund" and mentioned the country as the "Islamic emirate” and envisaged theocratic basis for governing the country.

AT the moment, the Taliban is fully focusing to secure the withdrawal of foreign forces and has said in the past  that they want to seek an independent, sovereign, united, developed and free Afghanistan with an Islamic system in which all people of the nation can participate without discrimination” and is committed to protect certain rights with conditions, such as “all rights of women given to them by Islamic law” and “freedom of speech within the parameters of Islamic principles and national interests.”  Peace in Afghanistan is still far-away goal to be achieved. Regional dynamics, and the involvement of outside powers, directly affected the conflict in Afghanistan. The neighboring state widely considered most important in this regard is Pakistan, which has played an active, and by many accounts played positive role in Afghan affairs for decades.

Due to the rising differences among Afghan leadership as every faction wants a lion share in the formation of Afghan government the intra Afghan dialogue at Doha was not that much significant as it should be . Now the Taliban, in a day-light reality has occupied the major parts of Afghanistan and is still advancing in many areas.  It is the need of hour for all Afghan warring groups to stop hurling allegations on each other for a lasting peace in Afghanistan to restore peace and normalcy in the region because a politically stable Afghanistan is also in the best interest of Afghanistan itself and the whole of south Asia, particularly Pakistan. The Afghan groups should realize that without Taliban representatives the government in Kabul cannot last for a long time. Despite all these odds let’s hope for the best future of Afghanistan.