Freedom – A popular view from Bangladesh By Umme Sayeda 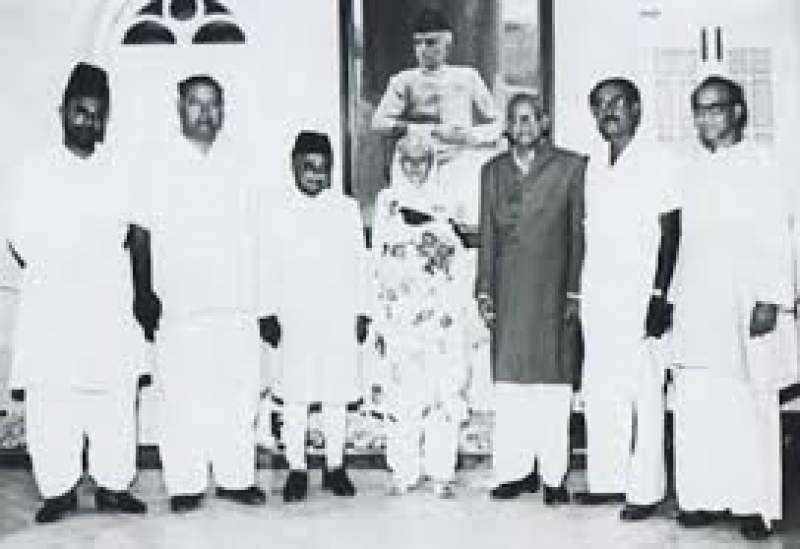 The word ‘freedom’ to Bangali nation means nothing but the commemoration of the rhythm of Joy Bangla. As spell of Bangabandhu Sheikh Mujibur Rahman and presently her Mujibur Rehman’s daughter,they are able to achieve, secure and preserve Bangla freedom. No one can deny Sheikh Mujibur Rehman’s ‘patriotism’ and it was, indeed, the only ornament with which he had decorated his entire life. Whenever Bangladesh and Bangalis will gain real freedom and freedom in life only then the dream of Sheikh Mujibur Rehman will come true. To materialize this dream, the elder daughter of Bangabandhiu Prime Minister Sheikh Hasina has been transforming and decorating Bangladesh and its people in a new form. She is moving ahead with unmatchable bravery like her father.

Sheikh Mujibur Rahman was the fortune-creator of Bangali nation. In pursuit to loving his country and people of the country, he faced life-long imprisonment. People of this country fought against every restriction and sacrificed themselves to win freedom. In the path to freedom, Sheikh Mujibur Rahman, thought that the creation of Pakistan would be the only way to gain liberty. But he had to surrender before British imperialism and diplomacy. The map of ‘Pakistan’ and ‘Hindustan’ which were created by Lord Clive, breaking of ethical brotherhood, the unveiling of religious politics are the revenges of English towards the entire India. But the Bangalis could not realize the diplomacy and fought for the partition and independence of Pakistan. Unfortunately Pakistan appeared as the newly created prison for them. Ruling authorities were busy in occupying power in the name of governance. How many Bangalis died in the process was not headache of the government rather their headache was that how the remaining surviving population could be crushed.

At this juncture, Mujibur Rehman noticed that leaders and individuals who struggled for the freedom and attainment of Pakistan were changing to gain power, however, Mujibur Rehman never changed. He was imprisoned without any crime and was compelled to stay far away from loving family was his close friend. But he never gave up. During that period of political crisis he was successful in building up a powerful opposition party ‘Awami League’ but had to suffer in the conspiracy of ‘Jukto Front’. However, despite all odds, Bandabandhu was strongly determined to attain liberty. He inspired Bangalis and managed to turn the 26 March’s genocide into War of Liberation. At last, Bangladesh achieved freedom. It was great sorrow that Sheikh Mujibur Rehman had to surrender in front of death in the blackest day of Bangalis' history. He was killed but his dreams never died. Now his daughter Prime Minister Sheikh Hasina is working to make those dreams into a reality and is successful in her mission.

At least 19 attempts were made to kill her but all failed and she survived by the grace of Almighty Allah. All these attempts on her life made her stronger and unbeatable. She has been awarded ‘Deshrotno’ for her service to country and people of Bangladesh. As she has also contributed a lot for environment protection and the earth, she was awarded as ‘Champion of The Earth-2015’.She is considered ‘Mother of Humanity’ worldwide as she did not sacrifice her conscience in order to secure national interest. Today the majority of Bangladeshis are bounded into the chain of ‘information technology’. This new form of geopolitics has emerged in which Great powers are leading the whole world not by war or trade but by social media. It is neo-Imperialism. Whenever Bangali nation would win real freedom from the political chain and would be able to learn how to utilize any new innovations perfectly, on that day the dream of Sheikh Mujibur Rehman will come into reality and Bangali nation win real freedom.