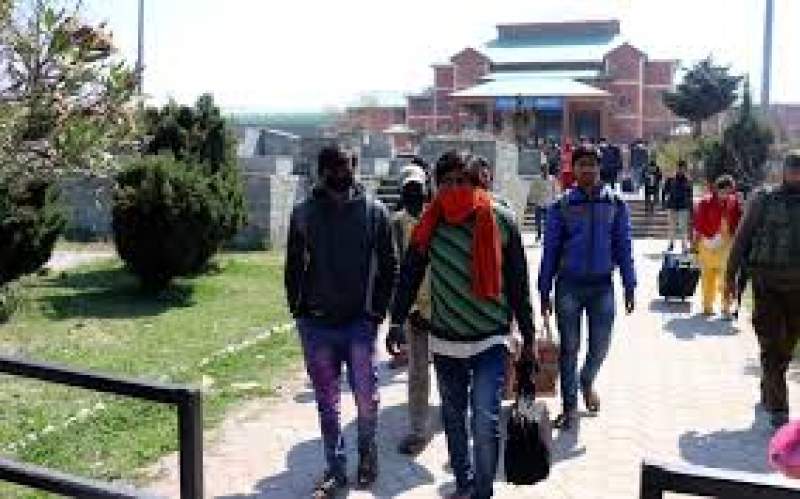 File: Non-Kashmiris in Jammu & Kashmiri to be given domicile

SRINAGAR, 2 April 2020: Kashmiris have launched a strong protest against the Indian occupying forces and the puppet administration at Jammu and Kashmir for ugly attempt to change the rules.

The Kashmiris voiced against Indian plans to illegally settle thousands of Indian in disputed Jammu and Kashmir State. They said that New Delhi is constructing hundreds of blocks of flats at Jammu and elsewhere for the non-Kashmiris so that they can be settled in the disputed State while for original inhabitant of Jammu and Kashmir identification parades, humiliation and only class fourth jobs have been reserved..

Top Kashmiri Pakistani leader under house arrest by the Indian forces said that he clause of extending domicile to everyone and anyone who has lived in Jammu and Kashmir for the past 15 years” is an attempt to bring demographic changes in Jammu and Kashmir. “Even those who have been posted as central government employees, labourers or migrants in Jammu and Kashmir can now enjoy their share of jobs getting a domicile.  The Kashmiris rejected Indian conspiracy and warned adverse consequences.

Meanwhile, new wave of labourers from different Indian States have been asked to settle in Jammu and Kashmir on permanent domiciles. This week, 200 plus new labourer arrived in Jammu and Kashmir. They are in addition to 58,500 non-local labourers who have been exposed in  Jammu after the coronavirus outbreak. However, they are being prevented to go to their home stations.