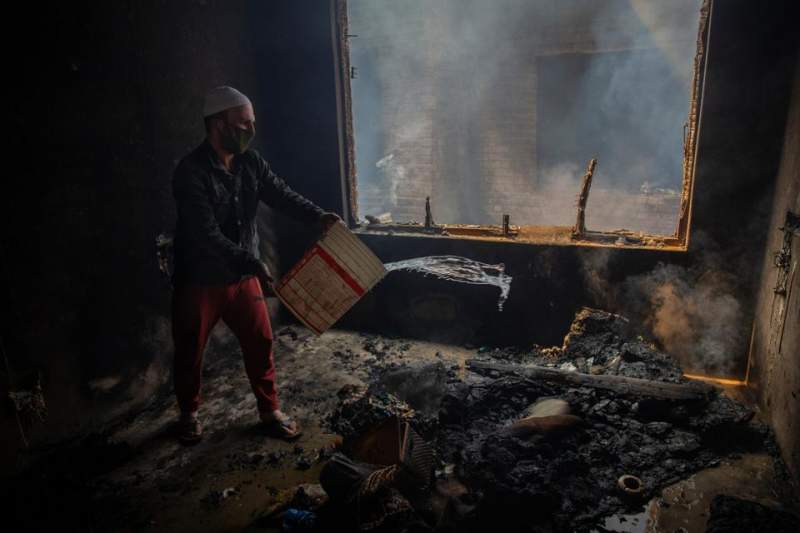 SRINAGAR, 20 May 2020, TON: At least 15 residential houses belonging to the Kashmiri Muslims were gutted and valuables reduced to ashes, rendering several dozen families homeless in the holy month of Ramadan. As per the details, India Army, Paramilitary forces and the Police launched combined operations from all direction and pretended as if there is cross firing between the Kashmiris and the security forces which lasted for 13 hours. The Indian Army’s Major Kumar , who participated in the operation claimed that two local Kashmiri rebels were hiding in the residential house so the residential properties were set on fire through explosives to ensure elimination of anti-State Kashmiris. The officer added that this is the third incident in this month and if this continues, Kashmiri protesters would not dare to give refuge to any protester or come to the streets to lodge protests or pelt stone on Indian security forces.

Meanwhile, the Kashmiri leadership including Syed Ali Geelani recorded their protest statements against the highhandedness of Indian occupying security forces and demanded Court of Inquiry against the incident. The families of fire victims told media that Indian forces burnt their homes using high intensity explosives and stole their belongings including jewelry and cash from some burning houses. Reportedly, the Brigade Headquarters has initiated an inquiry against the personnel of Army units who stole items of daily use from the gutted residences.