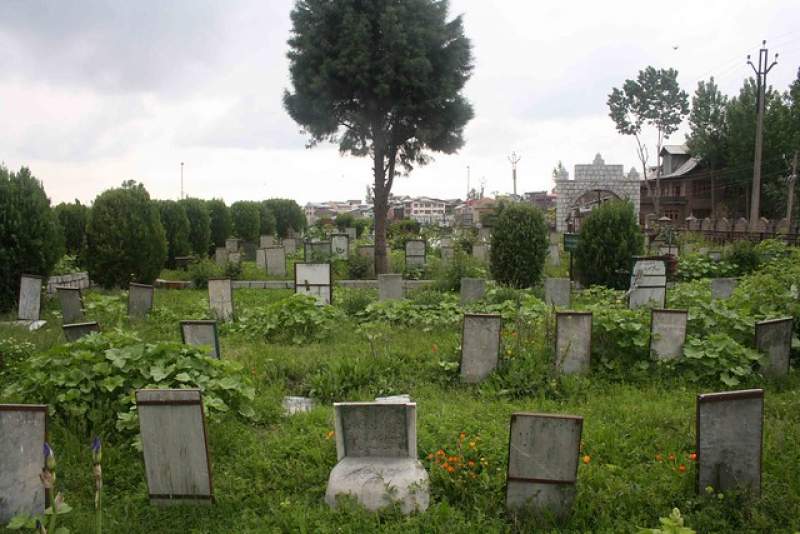 SRINAGAR, 14 July 2020, TON: The Jammu and Kashmir Police and the Para Military Forces were all deployed aound the graveyards and the mosques, not to allow the Kashmiris to visit their love one on 13th July. For the first time in the history of Jammu and Kashmir, a centuries-old tradition of Muslims of Jammu and Kashmir, they couldn’t visit the graves of the men who laid their lives on 13 July 1931 fighting against the tyrant Maharaja Rule.

The Indian authorities did not allow anyone to visit Martyrs Graveyard or ‘Mazaar-e-Shohada’ and instead the Indian Army personnel deputed on the gates of the graveyards guided them to use facebook and Twitter to pay tributes to those died.

The day commensurate the martyrdom of 22 Kashmiri Muslims, who were killed on this day in 1931 by soldiers of the British installed Hindu ruler outside the Central Jail in Srinagar. Ever since, the day is observed as public holiday but since last year New Delhi after amalgamating the disputed Jammu and Kashmir State into the Indian Union discontinued the day from the list of holidays. Against the century old tradition, hurting the sentiments of the Kashmiri Muslims, Indian authorities bowed down before objections by Hindus of India, who consider the Hindu ruler Hari Singh link between Hindu India and Jammu and Kashmir State.