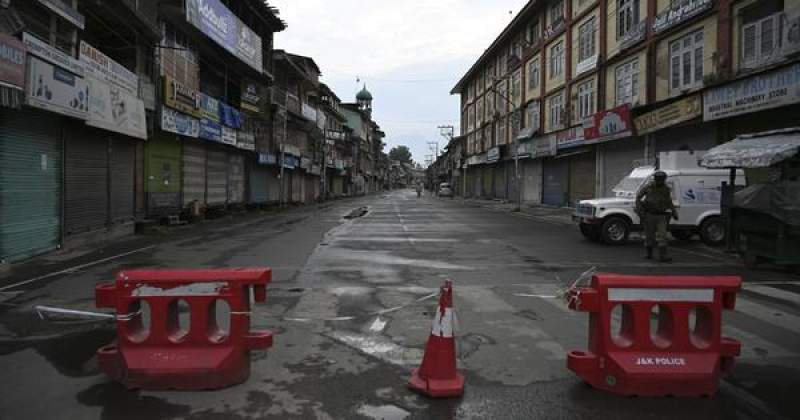 SRINAGAR, 4 August 2020, TON: Curfew has been imposed in Indian-occupied Jammu and Kashmir in anticipation of State-wide protests ahead of 5 August - the day Indian government illegally and unconstitutionally declared UN recognized disputed State as part of India.

Kashmiris throughout the world including disputed Jammu and Kashmir State are observing 5 August as “Black Day”.

India, in order to stop Kashmiris from exercising their fundamental right of peaceful assembly has decided to impose curfew. Earlier, orders were passed by Department of Disaster Management vide Order No.65 and 66-JK-(DMRRR) of 2020 dated 03 July 2020 extending COVID-19 lockdown till 5 August 2020. However, to give relaxation to Indian security forces and Indian nationals, the order said, “The protocol for returnees/passengers shall, however, be governed by the Government Order No.71-JK(DMRRR) of 2020 dated 30 July 2020.” Indian Union Home Secretary in his capacity as Chairperson National Executive Committee (NEC), vide Order No. 40-3/2020-DM-I(A) dated 29 July 2020 issued guidelines for implementation of the extended lockdown.

The disputed Jammu and Kashmir State and adjoining regions witnessed strong protests and security forces used third degree methods to control the masses. Thousands of Kashmiris were picked up from their homes and are being continuously harassed since 5 August 2019. In most of the cases there whereabouts are not know. Despite arrests and detention of thousands of people, including three politicians and people from other walk of lives, protests against the move were continued. The Kashmiris have decided that they would not sit idle and continue their peaceful struggle to acquire their right of self-determination which has been guaranteed by international law and supported by United Nations Security Council Resolutions.