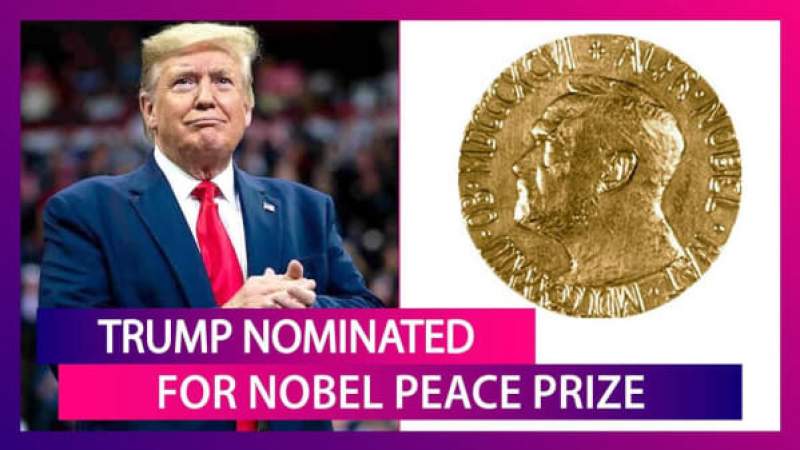 WASHINGTON, 10 September 2020, TON: The United States President Donald Trump has been nominated for the 2021 Nobel Peace Prize on 9thSeptember 2020. Christian Tybring-Gjedde, a member of the Norwegian Parliament, has submitted the nomination letter to the Nobel Committee by emphasizing Trump’s excellent contribution to the historic peace agreement signed between Israel and the United Arab Emirates in this year.

Besides, Christian Tybring-Gjedde has highlighted Trump's other positive tasks as such withdrawing a large number of troops from the Middle East, the efforts to resolve the Kashmir Border dispute between India and Pakistan, and the conflict between North and South Korea.

Overall, He said, "I am not a big Trump supporter. The Nobel committee should look at the facts and judge him on the facts- not on the way he behaves sometimes. In recent years, the people who have received the Nobel Peace Prize did not do much than Donald Trump. For example, Barack Obama did nothing”.

Last year, Trump said that he had deserved to get awarded. But the Committee didn't give it to him.

The Nobel Committee will announce the winner of the Peace Prize for 2021 in October in the next year.

The Norwegian Nobel Committee selects the recipient to give Nobel Peace Prize for the best contribution to establishing brotherhood or reducing conflict among the nations.

The US elections are less than two months away and President Donald Trump nomination mean a grand celebration seems to be ahead.