Indian Agencies behind Terrorist Organization of ISIS by Afshain Afzal 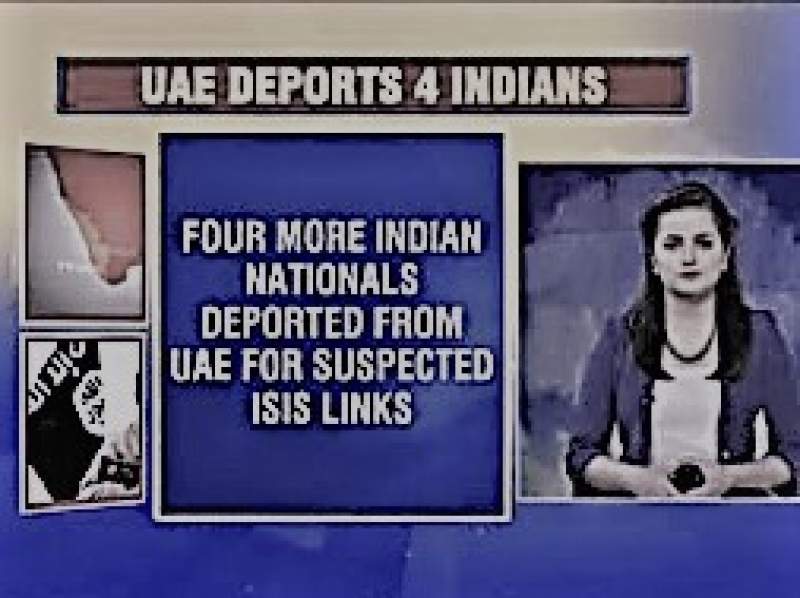 As per the details, Special Judge Parveen Singh of Patiala House Court convicted them for criminal conspiracy under the Indian Penal Code and various sections of the Unlawful Activities (Prevention) Act and Explosive Substances Act. The court will now hear arguments on the quantum of sentence on 22 September. The case was registered on 9 December 2015. During the course of investigation, the National Investigation Agency (NIA) conducted searches and arrested 19 people while charge sheet was filed against 16 persons in 2016-2017.

It has been confirmed that Indian Military Intelligence (MI), Defence Intelligence Agency (DIA) and Research and Analysis Wing (RAW) launched a joint operation in which social media publicity was given to formation of  an organization, namely “Junood-ul-Khilafa-Fil-Hind”, struggling to establish a Caliphate in India and pledging allegiance to ISIS, to recruit Muslim youth to wage Jihad for ISIS and commit acts of terrorism in India at the behest of Syrian-Yusuf-Al-Hindi.

To ascertain, who is behind the new threat of Indian Islamic State / Daesh we have to peep in the past. If we recall, an Indian engineer, Mehdi Masroor Biswas was arrested from his apartment by Bangalore Police on the charges of violent tweets about the activities of Indian Islamic State militants. Mehdi kept posting pro-Jihadi tweets from his Twitter account @ShamiWitness since 2009, attracting lacs of innocent Muslims to convert them as potential Jehadi around the world through psychological operations. Interestingly, Indian agencies came into action only when British intelligence started their probe against Mehdi and the international media also exposed state-sponsored Islamic State sympathizer. ShamiWitness acted as a leading conduit of information between Jihadis, supporters and recruits.

According to a foreign agency report, ShamiWitness was active since July 2009, posted over 1.3 lac tweets and had over 1,78,00 followers. The tweets by Mehdi were seen 2 million times each month. There is no doubt that ISIS is a brainchild of Indian agencies, which started operating from India soil in 2009. In this game of blood and fire against Muslims, Indian agencies including Defence Intelligence Agency (DIA) and Research and Analysis Wing (RAW) are involved in terrorism through its European nationality holders. In one of the cases, Niaz Abdur Rashid, an Indian national, received military type terrorist training from India and had links with Al Qaida in Subcontinent (AQIS). After acquiring French nationality, he trained French and other foreign nationals on terrorist lines. As secular minded person, Niaz Abdur Rashid founded FPF with a military branch to help Muslims as well as non-Muslims in distress. He also funded and dispatched two French nationals to Pakistan to meet Al Qaida facilitator, Huzeyfa (Tahir Shahzad), who was arrested near the alleged compound of Osama Bin Laden in Abbottabad, Pakistan. After the arrest of these two terrorists from Pakistan in January 2011, seven other members of the network, led by Niaz Abdur Rashid were arrested in France, from whom French translation of books on terrorism including explosives were recovered. Niaz Abdur Rashid, who regularly visited India, was convicted by the French court for recruitment of European and others for terrorism inside Afghanistan and Pakistan.

The fact cannot be denied that Indian MI, DIA and RAW controls Islamic State / Daesh as well as other terrorist organizations to create terror in Afghanistan, Pakistan, India, Syria and elsewhere. There is no doubt that in majority of cases, Indian agencies have joined hands with Western countries, after misleading them about Muslims, to malign them by dubbing them as members of terrorist groups. It is so sad to observe that these Indian sponsored outfits are carrying out attacks on Mosques, Churches, Madrassas and schools but blame is leveled on innocent Muslims, who are only reacting against foreign interference in their countries or protecting their legitimate territories against foreign occupation. It is sad to observe that Kashmiris who are peace loving people are being propagated as terrorist and members of Islamic State / Daesh. India is carrying out staged killings of its own security personnel only to prove that peaceful freedom struggle in Indian occupied Jammu and Kashmir is linked with Islamic State / Daesh.