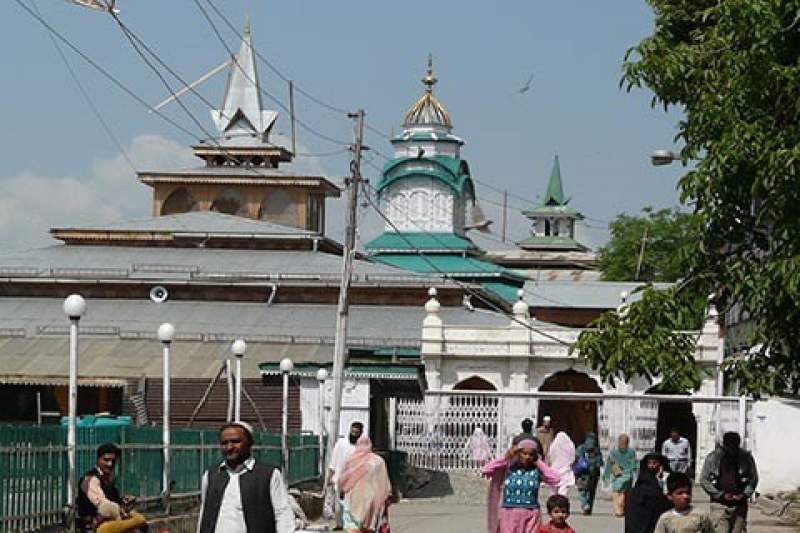 SRINAGAR, 30 September 2020, (TON): The annual Urs of Sultan-ul-Arifeen Hazrat Sheikh Hamza Makhdoom Sahib (RA) commenced on Tuesday, 29 September, 24 Safar Ul Murajab with thousands of devotees assembled at the shrine of Sufi saint here. There are other shrines across the valley associated with Hazrat Sheikh Hamza Maqdoomi including Tujar Sharief and Aham Sharief.

The Urs lasts for 13 days during which devotees from across Kashmir throng the revered shrine to pay obeisance. Wakf Board has made special arrangements for devotees at the shrine located in the foothills of Hari Parbat, also known as Koh-e-Maraan.

One of the devotee told TON representative that they were surprised from the Divisional administration Kashmir for permission and round the clock facilities when COVID has spread everywhere while similar permission was not extended to Tablighi Jammat at Nizamudin and Amarnath Yatra to Hindus.  If we recall, the Indian Home Ministry blacklist around 800 Muslims from Indonesia who took part in the Nizamuddin assembly of Tablighi Jammat.