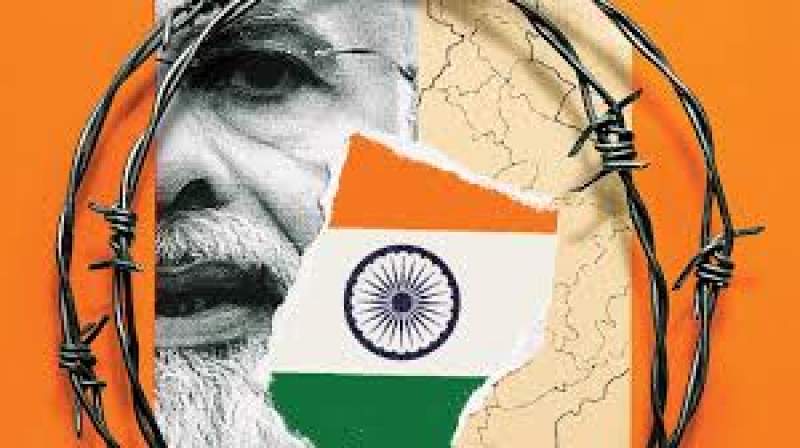 LONDON, 7 October 2020, (TON): Several parents of the children studying at Langley School protested while Hindu Forum of Britain (HFB) issued a letter to AQA and called for action over a reference to terrorism within a section on Hinduism in text book. Another organization, Hindu Council UK also demanded immediate action. Angry parents and Hindu groups had taken to social media and highlighted segments of the text, which made references to the ‘Mahabharata’ and war being justified in order to “preserve dharma”.

In a letter addressed by HFB Chair of Religious Education Dr Ramesh Pattni to the AQA Board, it was stated, “The statement regarding Hinduism in the section on ‘Religious beliefs, teachings, and attitudes about the meaning and significance of justice’ on page 4 is completely misrepresented, vexatious, inaccurate and meant to teach wrong beliefs about Hindus to impressionable children.”

The school authorities agreed for an investigation and removed the workbook from its website. Hindu Council UK said in a statement, “Happy to see action being taken. However, sadly this workbook is in use by many schools in England and now will create false image of Hinduism in young minds.”

Langley School in Solihull, in the West Midlands region of England, said on Wednesday that the document, ‘GCSE Religious Studies: Religion Peace and Conflict Workbook’, was purchased externally a few years ago and has now been removed from circulation. Langley School said in a statement, “Unfortunately, this document was purchased externally several years ago and not produced by our staff at our school. We can assure you that it is not used in school,” “The resource was immediately removed from our website. We apologize for any offence caused.”

The workbook, which falls under the Religious Studies module for GCSE Year 10-11 stage pupils aged around 15, had a stamp that reflected an official clearance by the examinations authority for England, Wales and Northern Ireland, AQA. “We didn’t produce the workbook that’s been shared on social media and our logo was used on it without our permission,” said an AQA spokesperson.

“Some of the material in it seems to have come from a textbook – we’ve spoken to the publisher, which has withdrawn the book from sale while it addresses the issue. ”