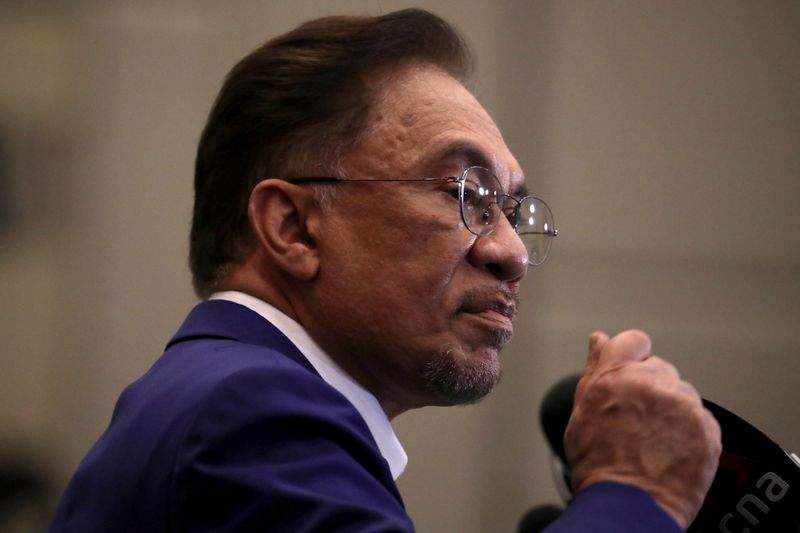 KUALA LUMPUR, 17 October, 2020, (TON):  Malaysia’s opposition leader Anwar Ibrahim said on “Friday that a police investigation into a list that purports to show lawmakers backing his bid for the premiership was a “malicious” attempt to pressure him into revealing the identities of his supporters”.

Police summoned Anwar to assist with a probe into the distribution of a list of 121 lawmakers who allegedly back his bid to take over as prime minister from Muhyiddin Yassin. The list has been circulated on social media.

Anwar said only the king had the right to know the full details of lawmakers who he says are backing him to give majority support in parliament. He spent about two hours giving a statement to investigators.

Anwar told reporters outside Bukit Aman police headquarters “I’m not here to cooperate with the political masters to give names, because it is not their business. It’s between me and His Highness, the Agong. It’s clearly malicious. It’s clearly a political harassment and clearly from my understanding there is a political instruction to the police.”

Anwar also told reporters that including an allegation of sodomy he was under investigation by the police for six cases,

Statement of police confirmed Anwar is being investigated for six cases, including a sodomy allegation and for making a claim that Muhyiddin’s administration has fallen due to lack of parliamentary support.

Anwar said that he regarded the sodomy allegation as a political plot to pressure him at a crucial time.