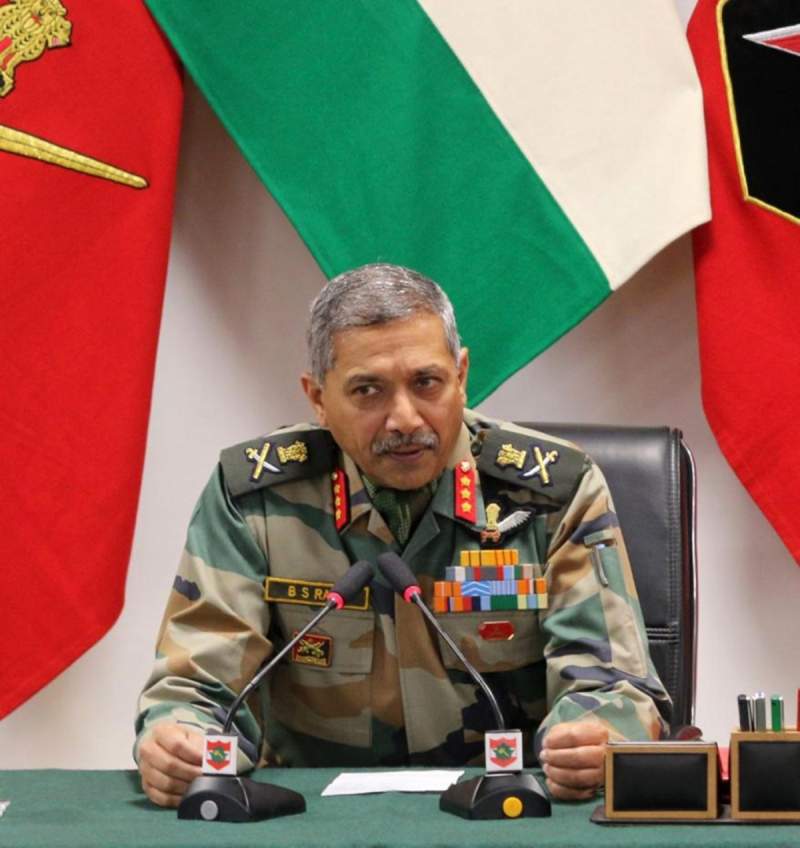 SRINAGAR, 18 October 2020, (TON): Lieutenant General B.S. Raju, Corps Commander 15 Corps, Srinagar said in a statement on Sunday, "We are doing counter-terror operations without harming other people in the areas. We are appealing the youths who have taken arms to surrender and many young Kashmiris are willing to shun terrorism and surrender now". He added, ““From the military point of view or Information Warfare point of view, Pakistan can keep spending its money but it is of no use.”

The statement came as a backlash of UN estimate that more than 15,000 Kashmiri’s were arrested soon after the special status of Kashmir was revoked by the Indian Parliament as well as reveal of the truth in media about Indian policies and atrocities in occupied Jammu and Kashmir State. Indian Army and the security forces are under tremendous pressure after protests by Kashmiri politicians against atrocities by Indian security forces to suppress peaceful Kashmiri movement to get their right of self determinations under the UN Security Council Resolutions. The Kashmari politicians of Indian-occupied Jammu and Kashmir said few days back, “Our battle is a constitutional battle. We want the government of India to return to the people of the state of Kashmir the rights they held before 5th August 2019.”

Lieutenant General Raju seems satisfied with the ongoing tense security situation in occupied Jammu and Kashmir and declared that situation in the Kashmir Valley is normal while Pakistan is not happy about it and "propagating false narratives about the Valley". However Indian atrocities in occupied Jammu and Kashmir have been internationalize and world has focused on disappearances of civilians, fake encounters by Indian security forces, custodial deaths, extra judicial killings and instances of rape, kidnapping, torture and extortion in Jammu and Kashmir.