Mythology and realism behind Mali’s Conflict and French operations... Is France really only trying to control a terrorist threat, as it claims? 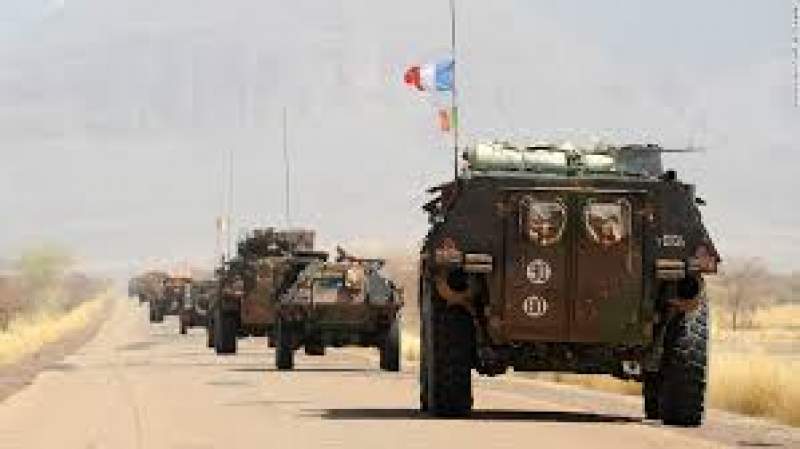 Drawing a picture of France intervention in Mali in 2013 is fallacious and just a myth. Mali was never a focus for France before colonialism but when Mali’s government declared its independence and also asserted its freedom from colonial power, France offered military cooperation accords with Mali but the new Mali government refused to sign the accord.   France has been intervening in Africa since 1830 when it invaded Algeria. By 1900, France conquered Northwest Africa defeating a number of militarily proficient kingdoms in the Sahel.

From 1960 France maintained its military position in Northwest Africa and started its military interventions in the region, which they claim was for the support of government and was also a sign of neo-colonialism. Algerian military did not permitted Islamic Salvation Front (FIS) from taking power after elections in 1991, which gave rise of civil war and the emergence of Al-Qaeda. France fully supported Algerian military.

In the late 1990s, Neo-colonialism began to fade away as threats to France interests were not as great with the end of the Cold War. After 9/11, France agreed to US Security cooperation programs with U.S. security assistance to its former colonies in the Sahel but U.S. was cautious not to intervene very closely as it was considered by Europeans as realm of France.  French people were willing to accept risk as they were convinced that national interests are at stake and were not concerned about fatalities.

As a result of war in Libya in 2011, the spread of conflict into Sahel, ongoing civil war in Central African Republics and takeover of most Mali by Azawad led France to launch Serval and Barkhane operations. The ongoing Mali war is an armed conflict between northern and southern parts of Mali in Africa, started in January 2012.  Several groups started a campaign against Malian government for independence of northern Mali, which they called Azawad. This organization (Azawad) took control of the region by April 2012. Malian Government took foreign military help to re-take the region.

On January 2013, France launched a military operation against these groups and with the help of international coalition this territory was re-taken on February 8th, 2013. A peace deal was signed on June 2013 but both the parties singled out of the peace agreement. Another formal peace accord was signed on February 19th, 2015. Officially the “Agreement for Peace and Reconciliation in Mali resulting from the Algiers Process” has failed to fulfill its promise of legitimate ceasefire. At first, French military intervened in Mali on 2013 as part of “Operation Serval” and after that “Operation Barkhane’ was launched in August 1, 2014. French authorities claim that this operation was to provide stability in the wider Sahel region by helping the regions various governments’ to combat terrorism and to prevent the region from becoming a safe haven for terrorist groups as claimed by France.

France has about 4,500 soldiers in Africa's Sahel region conducting Operation Barkhane. According to United Nations Human Rights watch 589 civilians have been killed so far this year in central Mali, as a deteriorating security situation.  On February 7th, 2020, French soldiers killed more than 30 fighters in Mali in two days of operations.  French armed forces claimed that they were ISIL (ISIS) and Al-Qaeda linked groups. On April 6, 2020, an attack on a military camp in Mali left at least 23 dead, while several others injured. From 24 April - 27 August, a series of attacks took place in Mopti Region. In July 2020, unidentified gunmen opened fire on civilians on multiple villages of Mali and killed at least 31 civilians and 9 soldiers. Mali has long been plagued by instability, armed conflict, violence and widespread unrest.

However the intervention of France military in Africa in 2013, the latest expression “Françafrique (French African policy)” is hence ambiguous. One might wonder that

Is France really only trying to control a terrorist threat, as they claim? As France and Mali have relations from post –colonial period but the economic interests of France were also at stake, which interested Europeans. It needs to be understood; above all that France continues to attach to Africa because of its interests in the region. What’s happening in Mali can also be viewed as “Islam vs. the West interests.”

Undoubtedly, Africa is of core importance for France in geostrategic terms. France has major economic and political interests in West and Central Africa as Mali is among Africa’s top gold producers as well as rock salt, which was a valuable commodity for African traders. Petroleum (Gabon, Congo, Gulf of Guinea), uranium (Niger), trade in cocoa and coffee (Côte d’Ivoire), as well as banking, transport and other services (water, communications, telephony) throughout the region are of main interest for France. This could not be denied that war in Mali is primarily about natural resources but the socio-political dimension of the repeated crises which has beat Northern Mali requires a solution.