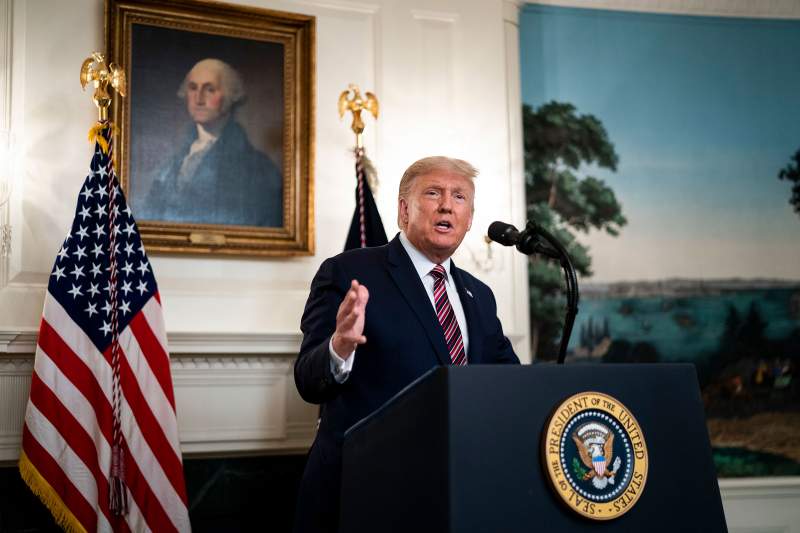 WASHINGTON, 8 November 2020, (TON): Although it is being claimed the Democrat Joe Biden has won the election but President Trump is quite positive of his victory and has challenged the Election 2020 results.

The President Trump’s challenge in the Supreme Court is reminder about the fraud in the election, which has been committed by US’ State institutions. Many of the opponents of President Trump think that it unlikely Trump will ever be successful in returning to the Oval Office even if his demands for recounts and vote disqualifications fail bear results.

No one deny the fact that there may be may cases of fraud as the ones surfaced on election-day where Republican voters attempted to vote twice, in Nevada and Pennsylvania. Similarly, in Georgia, a judge noted that 53 late-arriving ballots were intentionally mixed in votes for counting.

No doubt, there are and may be many more instances of clear violation of law, fraud like double voting and technology-engineering in the programing. Wherever, may be the result? The facts cannot be denied that many State institutions were also directly involved in negative rather black propaganda against President Trump that warrants either decision in favour of President Trump or at least a reelection.