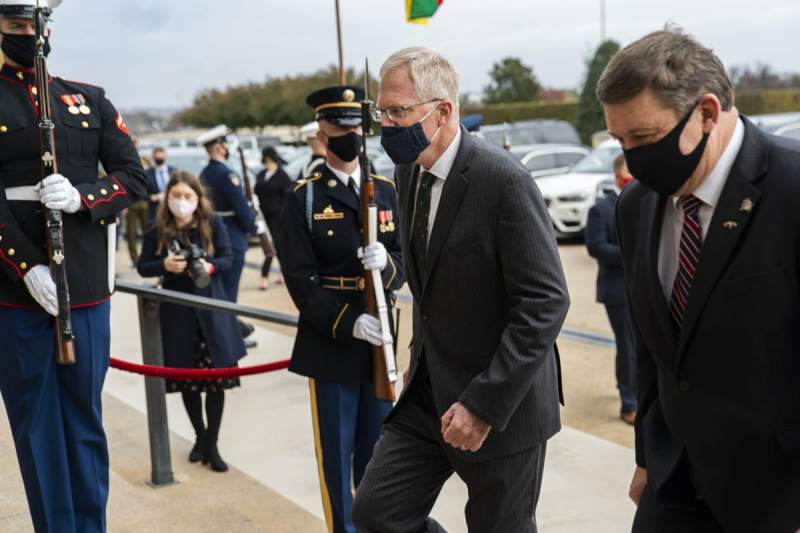 BRUSSELS 17 November 2020 (TON): “NATO Secretary-General Jens Stoltenberg has spoken to the new acting US defense secretary about the alliance’s commitment to stay in Afghanistan as long as necessary,” his spokeswoman said Monday, amid speculation that President Donald Trump might order a rapid withdrawal of U.S. troops in the country.

NATO spokeswoman Oana Lungescu said Stoltenberg held talks with Christopher Miller on Friday about the 30-nation U.S.-led military alliance’s ‘agenda, including the situation in Afghanistan,’ and that ‘NATO’s position hasn’t changed’ on its security role in the conflict-ravaged country.

‘No NATO ally wants to stay any longer than necessary. At the same time, we want to preserve the gains made with such sacrifice, and to ensure that Afghanistan never again becomes a safe haven for terrorists that can attack the United States or any other NATO ally,’ Lungescu said.

‘We support the Afghanistan peace process, and as part of it, we continue to adjust our presence,’ Lungescu said. She noted that NATO has reduced its presence ‘to under 12,000 troops, and more than half of these are non-U.S. forces.

In a letter to all U.S Depence departments employees last Friday Miller said, ‘All wars must end.’ Without specifically citing Afghanistan, he appeared to indicate that a full withdrawal might be in the offing.

‘Ending wars requires compromise and partnership,’ he wrote. ‘We met the challenge; we gave it our all. Now, it’s time to come home.’

On the other hand, he also wrote that it was too early to abandon ‘the war that al-Qaida brought to our shores in 2001,’ adding: ‘This war isn’t over. We are on the verge of defeating al-Qaida and its associates, but we must avoid our past strategic error of failing to see the fight through to the finish.’

The move comes in the wake of ongoing intra-Afghan talks in Doha, part of the peace process, aimed to finish this longest war by possible US troop withdrawal from Afghanistan aimed by Trump administration.