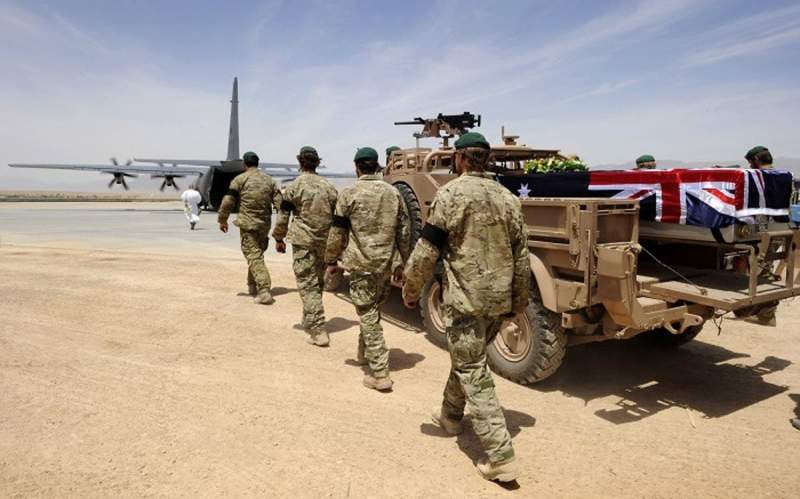 MELBOURNE, 20 November, 2020, (TON): The Australian Defence Force (ADF) has released findings from a four-year inquiry into misconduct by its forces.

According to a long-awaited military report into war crimes released on Thursday found that at least 19 serving and former Australian Special Forces allegedly committed up to 39 unlawful murders during the conflict in Afghanistan.

Australia launched the inquiry in 2016, amid reports from whistle-blowers and in the local media of the alleged killing of unarmed men and children in Afghanistan in 2009-13.

The inquiry was conducted by Maj Gen Justice Paul Brereton, interviews were conducted with more than 400 witnesses.

The inquiry found evidence that some Australian troops in Afghanistan carried "throw downs" such as weapons, radios and grenades not issued by the ADF but planted next to the bodies of Afghan civilians to suggest they were a "legitimate target" in any post-incident investigations.

The ADF blamed crimes on an unchecked "warrior culture" among some soldiers.

Issuing an apology to Afghanistan people while releasing the report in Canberra, Australia's Chief of Defence Force Angus Campbell said: "These findings allege the most serious breaches of military conduct and professional values. The killing, the unlawful killing, of civilians and prisoners is never acceptable.''

The US is also under investigation for possible war crimes in Afghanistan after the ICC authorised an investigation earlier this year.

Australia has had forces in Afghanistan since 2002, following the overthrow of the Taliban, as part of a US-led coalition. Australia has about 1,500 troops remaining in Afghanistan. Initially the international forces' role was only to train Afghan troops but they became increasingly involved in fighting with Taliban.