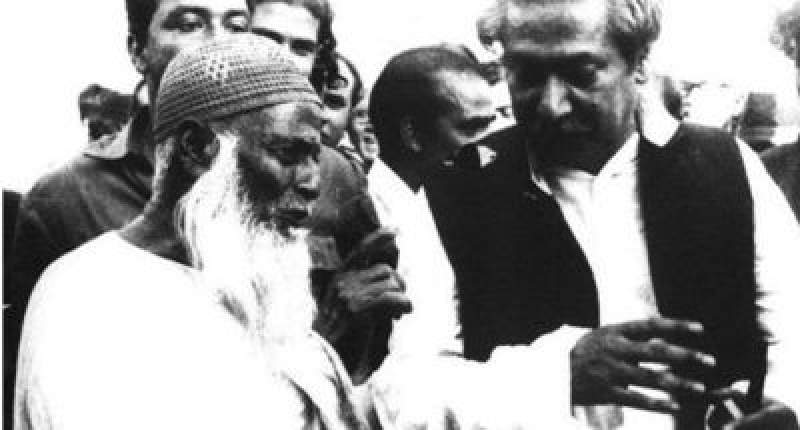 Sixteenth December is a dark day in the history, which Pakistani nation will never forget due to separation of Eastern wing of Pakistan from its Western wing.

It hurts a lot when sad events linked with Washington’s double game and Indian plot to disintegrate Pakistan are recalled. It is no more a secret that much in advance of 1971 crisis; Washington supplied cache of arms and ammunition to Pakistan. American warships and Cargo aircrafts not only started piling-up arms of various calibre in East Pakistan but also misguided Government of Pakistan regarding so called joint conspiracy by leaderships in East Pakistan and India to go all out for East Pakistan’s independence from Pakistan. CIA’s intelligence reports are even today considered as authentic as evidence of grand conspiracy by the Bengalis against state of Pakistan. Bengali porters, some of them who are still alive, reported that on the shores of East Pakistan, larges boxes were unloaded to be used against Bengalis by their own fellow Pakistanis to crush them. Ironically, side by side, some of the American diplomats and politicians were heavily funded for voicing against the atrocities by Pakistani Army in East Pakistan. Despite US’ official position to crush Bengalis, there were hot debates in US Senate for the right of the Bengalis to exist. Those prominent included Senator Edward M. Kennedy alias Ted Kennedy, younger brother of President John F. Kennedy. Ted Kennedy openly spoke against the massacres, rapes and the persecution of Bengalis by Pakistan Army.

Interestingly, the things started rotting when Washington forgot all lessons of democracy and advised Islamabad not to hand over power to Bengalis, due to their lack of patriotic traits. The only crime of Bengalis was that their supported popular leader, Sheikh Mujeeb ur Rehman had won convincing majority in the elections and demanded right to establish government at the Centre. On 11 August 1971, Senator Kennedy visited Bengali refugee camps in Calcutta, India and instigated displaced Bengalis against Pakistani Army. Washington encouraged some over 10 million Bengalis to cross over to India. Horrifying stories of massacres by West Pakistanis in East Pakistan were telecast to turn the situation from bad to worse. Senator Kennedy expressed desire to visit East Pakistan but Pentagon and CIA advised Pakistan to refuse his entry. Officially, Senator Kennedy was considered as a friend of the Bengali people to isolate West Pakistan in the international community. He had been telling Bengalis that even though the US government officially does not recognize Bengalis as separate nation but the people of the world do recognize them as separate nation.

Many critics even today blame West Pakistanis, especially ethnic majority Punjabis for dragging Eastern part of Pakistan to the brink of disaster and finally separation from Pakistan in 1971. There is no doubt that Bengalis are Almighty Allah’s blessed and wonderful people. They were and will always remain part of Pakistan as per the ideology of Pakistan, which beats in the hearts of all Pakistanis. Pakistanis believe that sooner or later both parts of Pakistan will merge into a confederation. Even today it is not too late to critically investigate and analyse hidden factors which led to the ugly separation of Pakistani brothers. The information collected regarding the ugly game has proved that it is, in fact, combination of Indian, American and Pakistan factors, which played the game to disintegrate Pakistan. The events on record reflects that US President Richard Nixon along with his Secretary of State Henry Kissinger were in the forefront of sharing red hot information about insurgency in East Pakistan and also helped West Pakistan in crushing the Muslims of East Pakistan. Party to this conspiracy was the Punjabis and others absorbed in Armed Forces and other government services in East Pakistan.

Interestingly, on one hand Washington was committed in aiding West Pakistan to crush East Pakistanis, while on the other people like Edward M. Kennedy alias Ted Kennedy, younger brother of President John F. Kennedy, were vigorously launching campaign against West Pakistan. His campaign included black propaganda of collecting systematic data and evidence of West Pakistanis’ involvement in carrying out genocide and human right violations in East Pakistan. He was main figure who carried out black propaganda against Pakistani Army that led to retaliation in Bengalis and hatred towards West Pakistanis. He also flashed genocide of Bengalis and unprecedented humanitarian and refugee crisis requiring international attention. For the purpose he was the official guest of Indian government in Indian West Bengal and other parts of India from where he documented self-engineered plight of Bengalis refugees from East Pakistan. Although he died in 2009, President Barack Hussain Obama awarded Edward Kennedy the US's highest civilian honor, the Presidential Medal of Freedom.

Many people consider Ted Kennedy as a hero and champion of human rights in East Pakistan. However, they must not forget that he was a dishonest person. He was often found having no regard to humans, which is also evident when he failed to report the accident to the authorities. He later pleaded guilty to leaving the scene of accident and received a two-month suspended sentence and a year’s probation. His respect for the women can also be judged that he divorced his faithful wife, Virginia Joan Bennett at an age of 60 years and married Victoria Reggie, whom he married in 1992. One wonders the American and the Indian played dirty game that deprived Eastern part of Pakistan from its Western part and vice versa. US is repeating same tactics in Khyber PK, Tribal Areas and other parts of Pakistan as Pakistanis are killing Pakistanis and only and only enemies of Pakistan are benefiting. Nevertheless, there is a ray of hope due to change of leadership and winning of President-elect Donald Trump and it is likely that things will improve.  We need to distinguish between friends and foes and devote our energies for welfare of general masses, especially the deprived faction of the society. Pakistan and Bangladesh are today two countries with same religion but the same ideology. May Almighty shower His blessing on the people of Bangladesh and Pakistan (Aameen). This email address is being protected from spambots. You need JavaScript enabled to view it.