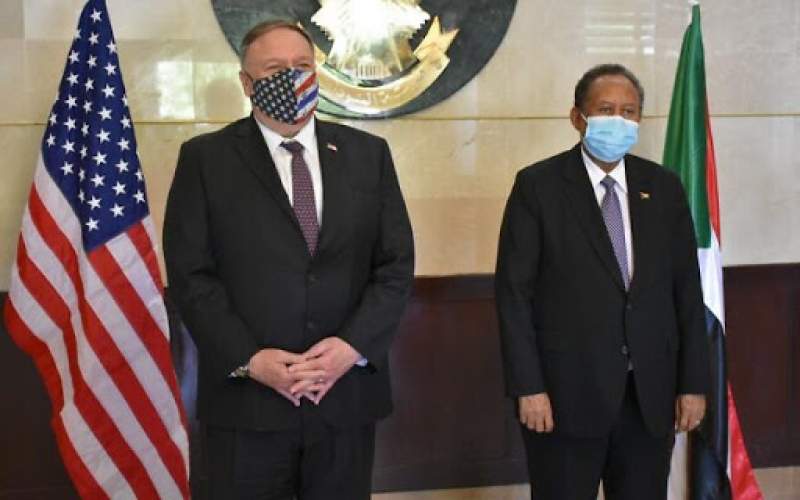 During a phone call from Pompeo, they also discussed the developments in Ethiopia and the need for a peaceful settlement to the conflict in a manner that achieves regional peace and enhances security in the region, said the sovereign council in a statement.

On 23 October US President Donald Trump decided to remove Sudan from the list of states sponsoring terrorism if Sudan pays 335 million US dollars to American victims. Later, President Trump tweeted, the “new government of Sudan has agreed to pay 335 million dollars to terror victims and families.” Once the payment is deposited, the tweet said, Trump will lift Sudan from the US State Sponsors of Terrorism List.

Due to the designation, Sudan faces a series of restrictions including a ban on defence exports and sales and restrictions on US foreign assistance. The decision was set to be effective on 11 December 2020.

I we recall, in April this year Sudan's President Omar al-Bashir has been ousted and arrested by the military and the  Sudanese Defence Minister Awad Ibn Auf announced that the army would oversee a two-year transitional period followed by elections. The whole coup was organized by Western nations in which Pentagon played a major role. 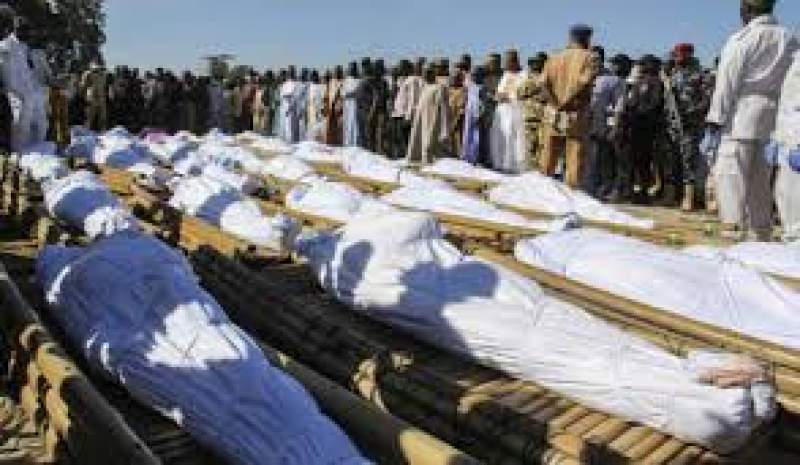 According to Unite Nation “A “gruesome” massacre against farmers in north–eastern Nigeria killed at least 110 people, raising tolls initially indicating 43 and then at least 70 dead.”

The killings took place in the early afternoon of Saturday in the village of Koshobe and other rural communities in the Jere local government area near Maiduguri, the capital of the conflict-hit Borno state.

“Armed men on motorcycles led a brutal attack on civilian men and women who were harvesting their fields,” Edward Kallon, the UN’s humanitarian coordinator in Nigeria, said in a statement on Sunday.

He added “At least 110 civilians were ruthlessly killed and many others were wounded in this attack.”

There has been no claim of responsibility for the attack yet but many rebellious groups are active in the region and have killed more than 30,000 people in the past decade during an armed campaign that has displaced some two million and has spread to neighbouring countries including Niger, Chad and Cameroon. 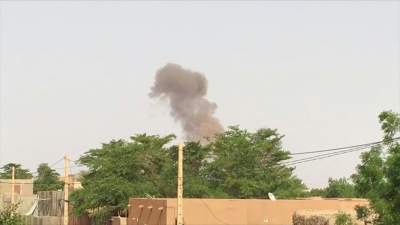 MALI, 30 November 2020, (TON): The situation in Mali further deteriorated as cities of Kidal, Gao and Menaka in northern Mali were hit by simultaneous attacks on Monday against military camps housing international forces.

Unnamed United Nations official said that such attacks are frequent to bring the foreign forces in action against the local population of northern and central Mali.

It has been reported that over ten explosions coming from the direction of the camp for UN peacekeepers and the foreign forces were heard. Since the launching of French Operation Barkhane, the situation has worsened in Mali.

No group has claimed responsibility for the attacks, however, the locals claim that it is the handiwork of foreign agencies to remain employed on the United Nations duties and compel foreign forces to remain deployed in the area of northern and central Mali to allow minority communities flourish. 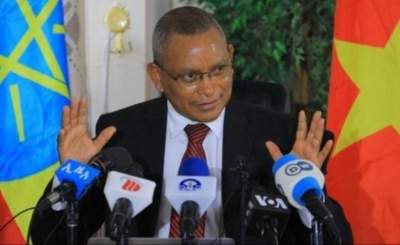 TAGRAY, 30 November 2020, (TON): The forces from Ethiopia’s Tigray region claimed they shot down a military Ethiopian military aircraft and also retook a town from federal forces on Sunday.

Debretsion Gebremichael, leader of the Tigray People’s Liberation Front (TPLF) confirmed that that have captured the pilot of the military aircraft.

Earlier, on Saturday Prime Minister Abiy Ahmed declared victory in the northern region and claimed that federal troops had taken control of the Tigrayan capital Mekelle.

Police then issued arrest warrants for 17 military officers on charges of treason and embezzlement of public properties, state-affiliated Fana TV reported. Arrest warrants already exist for 117 other senior officers with alleged ties to the TPLF. 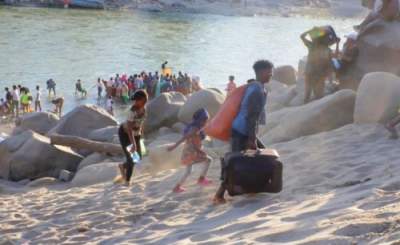 ADDIS ABABA, 28 November 2020, (TON): Ethiopia has deployed its soldiers all along the Sudanese border to prevent Tigray refugees from fleeing to Sudan.

Several refugees complaint that they are being blocked so that Ethiopian soldiers kill them while returning.

Data from the United Nations High Commission for Refugees (UNHCR) shows that new refugee numbers peaked around 10 November, with more than 6,800 people crossing into Sudan in a single day. The average number arriving daily has been 3,000. Since deployment of Ethiopian troops along the border, there is hardly any refugee that crosses the border to Sudan. 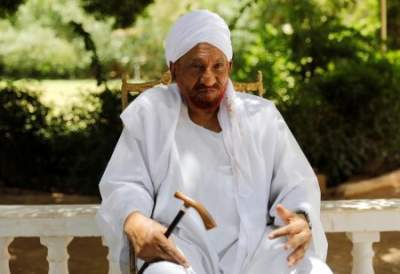 KHARTOUM, 26 November 2020, TON:  Former Sudanese Prime Minister and the head of the opposition National Umma Party, Sadiq Mahdi, has died due to illness and complications. He was 84-year-old.

Mahdi was got sick in early November and his health condition significantly deteriorated.  So he was admitted in hospital in United Arab Emirates for treatment. He died at hospital on Wednesday.

As recently as October, al-Mahdi denounced President Trump for brokering a deal for Sudan to begin normalizing ties with Israel, saying that such an agreement "contributes to the elimination of the peace project in the Middle East and to preparing for the ignition of a new war."

In a statement, the Umma Party said al-Mahdi would be buried on Friday morning in the city of Omdurman in Sudan.

NEW YORK, 21 November 2020, (TON): Russia on Friday stopped a UN Security Council committee from blacklisting a Libyan militia group and its leader for human rights abuses because it said it wanted to see more evidence first that they had killed civilians.

The United States and Germany proposed that the council’s 15-member Libya sanctions committee impose an asset freeze and travel ban on the al-Kaniyat militia and its leader Mohammed al-Kani. Such a move has to be agreed by consensus, but Russia said it could not approve.

“Our support in the future is possible, but conditioned by provision of an irrefutable evidence of their involvement in killing of civilian populations,” a Russian diplomat told his Security Council colleagues in a note seen by Reuters.

The United States and Germany wrote in their sanctions proposal that international human rights groups and the U.N political mission in Libya, known as UNSMIL, has “received reports of hundreds of human rights abuses perpetrated by the al-Kaniyat militia against private individuals, state officials, captured fighters, and civil society activists in Tarhouna.”

CAIRO, 20 November 2020, (TON): Next round of talks on Ethiopian dam built on Nile river has been scheduled while Egypt announced it is looking forward to take part in the trilateral talks with Ethiopia and Sudan our the issue.

Ethiopia wants to reach an agreement that legitimate operation of Ethiopian giant dam. However, there is no progress in the talks as Ethiopia maintains a hard stance on filling the reservoir and other issues.

Meanwhile, Egypt on Friday has called on the United Nations Security Council to intervene to disallow Ethiopia to continue with the activities on hydroelectric dam without consensus of all the stakeholders and restart talks.

Ethiopia has started its activities on hydroelectric dam being built on the Blue Nile near the border with Sudan. The filling and operation of the Grand Ethiopian Renaissance Dam without resaving the reservations of stakeholders would have negative impact on the economies and living of people of Egypt, Sudan and other stakeholders.

ASMARA, 15 November 2020, (TON): At least three Rockets were fired from Ethiopia that hit the Eritrean Airport in Asmara on Saturday.

Witnesses claim that it has been done by foreign supported forces conducting operations in the northern Tigray region with intention to instigate forces across international borders to crush Ethiopian Muslims in the North.

He Some of the Ethiopians were shown fleeing Tigray but majority claim that these operations are meant to bring demographic change against the Muslims of the North to settle others there. According to them the main aim is to have control over the local businesses, properties, lands and resorrces.

Saturday’s attacks came hours after Tigray’s ruling party, the Tigray People’s Liberation Front (TPLF) gave statement, “We will launch a missile attack to foil any military movement in Asmara and Massawa.”  The foreign elements in Ethiopia took benefit of TPLF’s statement to create hype for a war between the two countries.

Media reported TPLF official, Sekoutoure Getachew saying in a video discussion that pre-emptive strikes were carried out in self-defence against the Ethiopian army’s Northern Command, calling it an internationally known practice. However, this statement has been refuted by the government circles to be the reason of attack by unidentified elements.

The situation in Ethiopia has worsen due to interference by the foreign military which seems committed to attack various communities leading to influx of refugees fleeing to other countries.

Fifty-four people have been killed last weekend in an alleged rebel attack in the country’s restive Oromia region. Federal authorities have blamed the Liberation Army for the attacks and said that women and children are among the victims.

At least a dozen civilians were killed in Gura Ferda Woreda in Southern Nations, Nationalities and Peoples’ Region in October. Several others were killed in the Afar Region that same month

In a statement Ethiopian Human Rights Commission (EHRC) also condemned the killings of civilians.
Quoting eyewitnesses, the EHRC stated that around 60 armed assailants attacked Gawa-Kanka, Gilla-Gogola, and Seka-Jerbi kebeles on 1 November, soon after the withdrawal of federal forces form the region.

The Government officials have put the death toll at 32 and ordered inquiry into the killings, global human rights watchdog Amnesty International has said that a least 54 people were killed in the rebel attack. The survivors have counted 54 bodies in a schoolyard in the village of Gawa Qanqa.

216 Prisoners Escaped from the Prison in Uganda