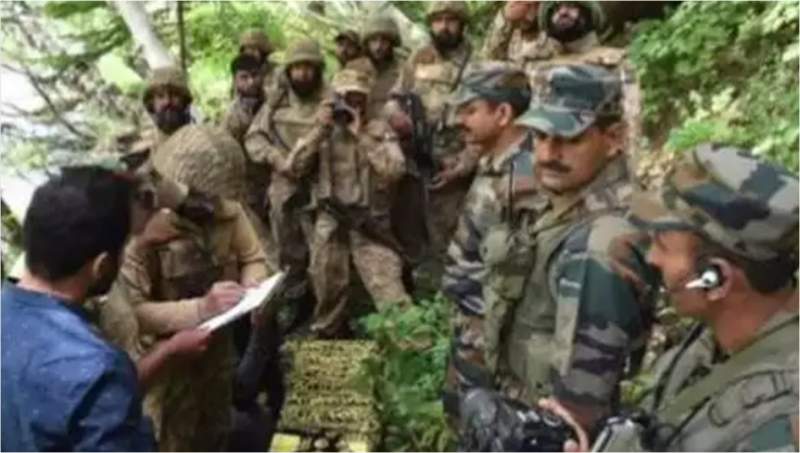 As per the detail Army personnel handed over the bodies to Police claiming that they finished out Malangam village. Locals claimed that Indian Army was seen in the area at dawn on 5 September 2020 but locals were not allowed to be seen around the operation area. Commanding Officer of the unit who could not be identified informed Police that arms and ammunition were recovered along with the bodies from the river. However, locals claimed that how drown bodies could be in possession of such a large quantity of arms and ammunition.

Meanwhile, SSP Bandipora, Rahul Malik, disclosed that as per the Indian Military Intelligence (MI) record, one of the deceased identified as Nisar Ahmad Rathore son of Abdul Aziz Rathore, resident of Dadsara, Tral  and Sameer Ahmad Dar son of Mohammad Yousuf Dar, resident of Dogripora Pulwama, was a militant. List of recoveries claimed were Wireless Set, AK Rifle with magzines, over 100 AK rounds, 9 mm rounds, Grenades and remote wrist watches. Family of the deceased broke into tears and said, “My son was a driver and we approached Police in April 2018 that Sameer is missing but they could not be traced and now Indian Army has killed him while Police claims that he was drowned in the river and was a militant”.

It has become a routine that Indian Army and security forces kill Kashmiri youth in illegal confinement and extra judicial killings. Hundreds of Kashmir youth have been killed by the Indian occupying forces in disputed Jammu and Kashmir State by declaring them to be infected with COVID or their dead bodies are found in the forests. This time they Kashmiri youth were killed in extra judicial custody and thrown into the river. The United Nations Organization (UNO), European Union (EU) and Human Rights organizations must stop Indian from carrying out atrocities and target killings and genocide of Kashmir youth of those who demand their right of self determination under the UNSC Resolutions.