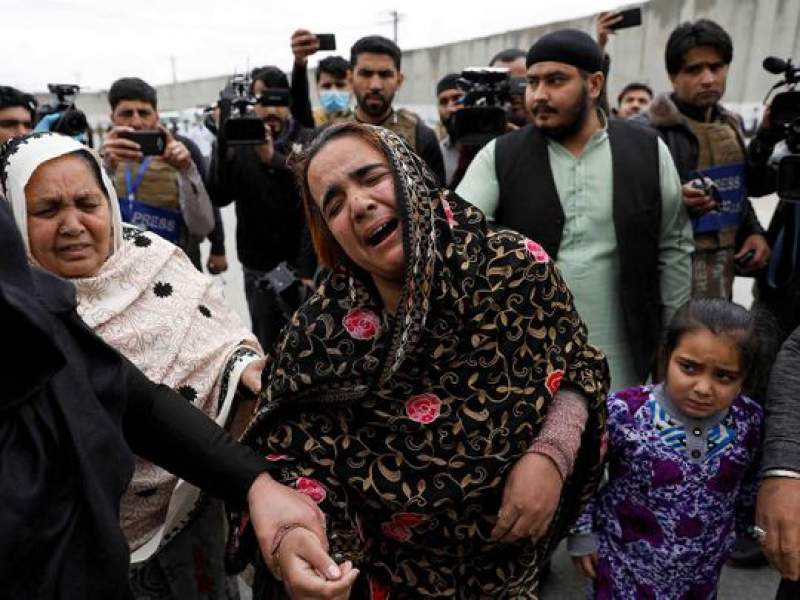 KABUL: 26 people died and 8 wounded on Wednesday, 25 March 2020, as a Sikh as unidentified militant carried out early morning bomb attack at religious complex in the Afghan capital of Kabul, witness at the site of bombing said. Afghan government claims that all the attackers were killed by the Afghan security forces.

Afghan Interior Ministry spokesman Tariq Arian said 25 people who had been in the religious compound had been killed, eight wounded and 80 rescued while all of the attackers have been killed. A Taliban spokesman, in a message on Twitter, denied responsibility for the attack. Otherwise, Taliban and Sikhs enjoy cordial relations.

Narender Singh Khalsa, a member of parliament who represents the Sikh community said “Three suicide bombers entered a Dharamsala and started their attack at a time when the Dharamsala jam-packed.”  Sikhs are a small religious minority in Afghanistan with numbers fewer than 300 families.

Pakistan Foreign Office strongly condemned the ‘heinous terrorist attack’ on Gurdwara, “Such despicable attacks have no political, religious or moral justification and must be rejected outright,” Official statement issued by Islamabad said, “Our hearts go out to the families who have lost their loved ones in this inhuman act and we pray for the swiftest recovery of the injured. We also express our abiding solidarity with the fraternal people of Afghanistan.”

If we recall, New Delhi was aggrieved over the Sikh’s protests in foreign countries and campaign against the Indian Prime Minister Narendra Modi’s National Register of Citizens (NRC) and Amendment in Citizen Act. One of the Sikh woman who lost her husband blamed Indian Embassy at Kabul.