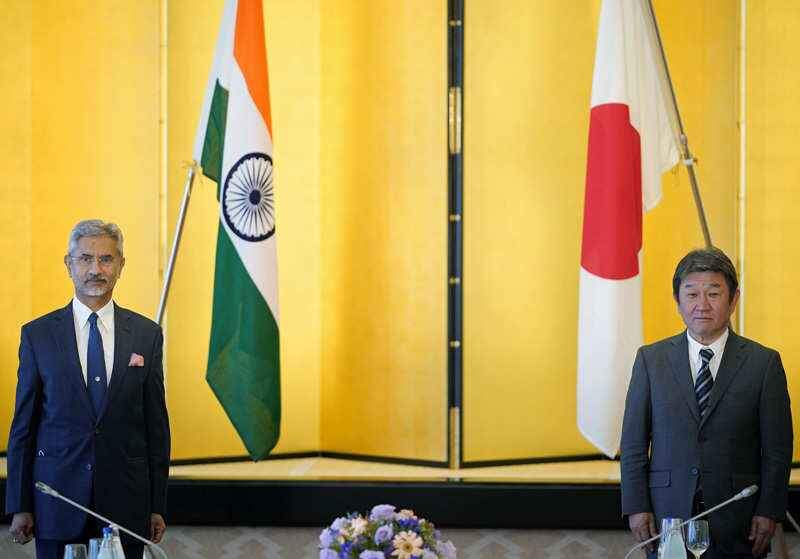 NEW DELHI, 8 October, 2020, (Deccan Chronicle): External affairs minister S. Jaishankar met his Japanese counterpart Toshimitsu Motegi for a bilateral meeting in Tokyo on Wednesday as part of the 13th India-Japan Foreign Ministers’ Strategic Dialogue wherein they agreed that a “free, open and inclusive Indo-Pacific region must be premised on diversified and resilient supply chains” and welcomed the “Supply Chain Resilience Initiative between India, Japan, Australia and other like-minded countries”.

India and Japan also finalized an ambitious agreement that provides for cooperation in 5G technology, artificial intelligence and an array of other critical areas as the two strategic partners vowed to further broad-base their ties, including in the Indo-Pacific region.

After a meeting between Jaishankar and his Japanese counterpart, it was announced that Japan would be the lead partner in the connectivity pillar of the Indo-Pacific Oceans' Initiative (IPOI).

The IPOI is an India-backed framework aimed at making meaningful efforts to create a safe and secure maritime domain in the Indo-Pacific, a region where China has been expanding its military assertiveness, triggering global concerns.

Both India and Japan have separate territorial disputes with China.

"Recognizing the increasing role being played by digital technologies, the two ministers highlighted the need for robust and resilient digital and cyber systems and in this context, welcomed the finalization of the text of the cyber security agreement," the ministry of external affairs (MEA) said.

Cooperation between India and Japan on 5G technology comes in the backdrop of growing reluctance by a significant number of countries globally to allow Chinese telecommunications giant Huawei to roll out 5G services in their territories. The US has already banned Huawei over concerns of security, and Washington has been pressuring other countries to restrict the operations of the Chinese telecom major. The 5G is the next-generation cellular technology with download speeds stated to be 10 to 100 times faster than the current 4G LTE networks.

Japan said the two ministers “reaffirmed the importance of implementing Japan-India cooperation in third countries such as Asean and Southwest Asian countries and making steady progress on the high-speed rail project” between Mumbai and Ahmedabad.