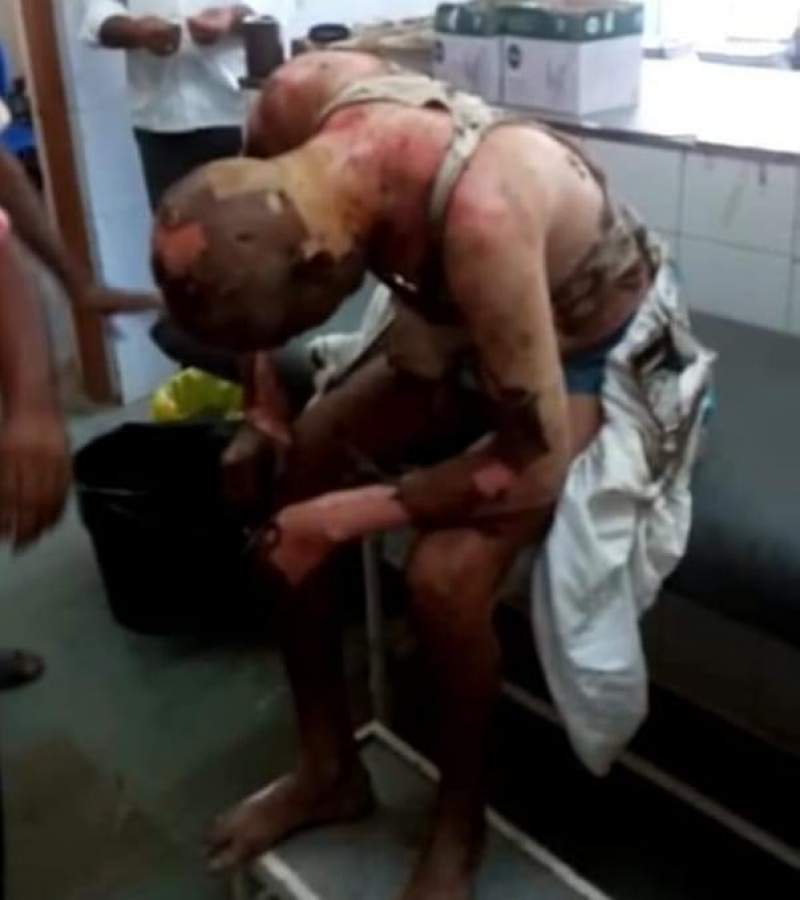 JAIPUR, 10 October 2020, (TON): Brutal murders of Pandat of a Mandar namely Babulal Vaishnav in Rajasthan's Bukna village in Karauli district by the land by the land mafia. Babulal Vaishnav who was Pandat at Radha Gopal Ji Mandar in Bukna village in Karauli district, died in SMS Hospital in Jaipur on Thursday while being treated for burn injuries.

Brahmin organisations and other activists staged a protest near the mortuary of the hospital demanding action against the local Police Station in-charge, transfer of the case to another circle office, a government job and compensation for the family. A team of police officials assured them that their demands would including compensation of Rs 50 lacs and registration of case against the culprits would be fulfilled. Hindu priest had named 6 people for setting him on fire.

The video of the incident has gone viral on social media. In the said video, the priest can be seen having burn injuries all over his body as he sat on a hospital bed. He can also be heard crying in pain.