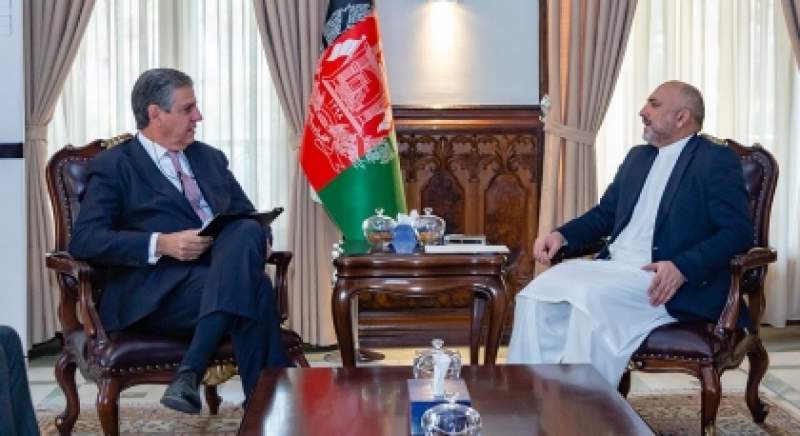 During the discussions Acting Minister of Foreign Affairs highly praised NATO’s continued cooperation, assistance and commitment towards Afghanistan over the past 19 years. Moreover he commended NATO’s dedication to the success of Afghan Peace process.

Mr. Atmar emphasized on the significance of regional along with international consensus in ensuring the successof the Afghanistan Peace talks in reference to the recent visit of President of Afghanistan to Qatar and Kawait. He added that there is an immediate need to reduce violence and to set up a convincing system that will monitor reduction in violence, resulting in ceasefire.

Ambassador Pontecorvo also reiterated the call to establish a proper mechanism to reduce and track violence. He discussed further about the removal of disagreements to finalize Rules of Procedures and to move on the next page of direct peace negotiations focusing on establishing a humanitarian ceasefire and other important issues in the region.

Mr. Atmar appreciated NATO’S support to ANDSF in Helmand and said that NATO is our reliable patner. Mr. Pontecorvo also reassured Mr. Atmar of NATO's commitment and support to ANDSF, the peace process, and Afghanistan's democratic achievements over the past 19 years.