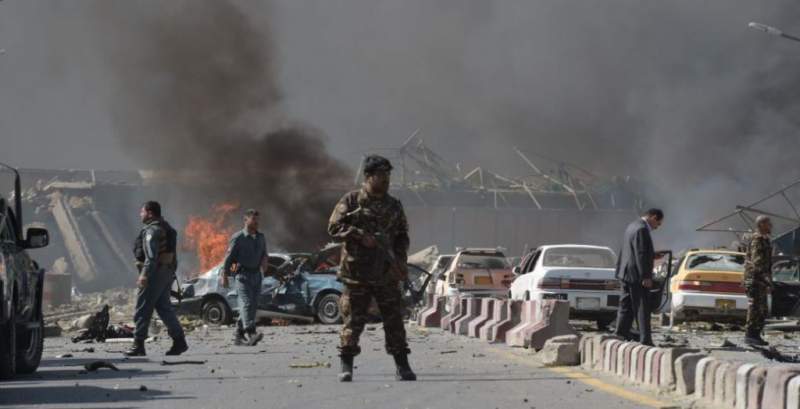 GHOUR, 18 October 2020, (TON): At least 21 people were killed and 80 injured after a powerful explosion on Sunday hit Firoz Koah, in Afghanistan's Ghor province. The blast occurred roughly at Sunday noon when an explosive-laden minibus was detonated in an area.

Immediate reports were not available as which group carried out the attack but is is probable that the explosion was planned to destabilize Afghanistan to give an impression that Taliban were behind the attack. A witness said, he has no knowledge about the group but such events have become a routine.