US looks for ‘new ways’ to cooperate with Indonesia: Pompeo 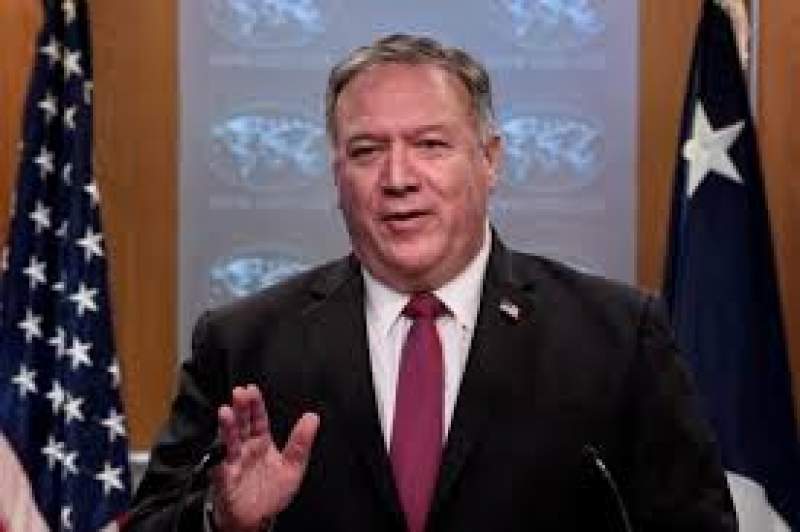 JAKARTA, 29 October, 2020, (Media Report): Secretary of State Mike Pompeo said on Thursday that the United States would find new ways to cooperate with Indonesia in the South China Sea and respected Jakarta’s efforts to safeguard its own waters while rejecting China’s “unlawful” claims in the area.

Pompeo’s visit to Indonesia comes amid a five-nation tour through Asia where he has sought to strengthen strategic and economic ties amid rising tensions between the US and China.

In a joint news conference with his Indonesian counterpart Retno Marsudi, Pompeo hailed Jakarta’s “decisive action” to protect its sovereignty in the waters near the Natuna Islands, which China claims as its territory.

He said China’s claim was “unlawful”.

China makes its South China Sea claims under the so-called nine-dash line, a vague delineation from maps dating back to the 1940s, which was declared illegal in a 2016 ruling at The Hague.

“I am looking forward to co-operating together in the new ways to ensure maritime security protects some of the world’s busiest trade routes,” Pompeo said in a streamed news conference after his meeting Indonesia’s foreign minister.

Retno said she wanted a “stable and peaceful” South China Sea where international law was respected.

“Indonesia-US are strategic partners,” she wrote on Twitter, noting it was Pompeo’s second visit. “We share many values, including democracy, human rights, promoting tolerance and diversity and respect for the rule of law. A partnership between equals based on mutual respect and mutual benefits.”

China claims almost the entire South China Sea and over the past 10 years has built up military installations on several disputed reefs and outcrops to assert its claim. Vietnam, the Philippines, Malaysia, and Taiwan also claim parts of the sea.

Pompeo is scheduled to meet Indonesian President Joko Widodo later on Thursday and is due to make an address to the youth wing of Nahdlatul Ulama, Indonesia’s biggest Muslim group.

Before arriving in Indonesia, Pompeo visited India, Sri Lanka and the Maldives. He is next scheduled to fly to Vietnam where he will participate in events to mark the 25th anniversary of the two countries establishing diplomatic ties. It will be his third visit to the country.