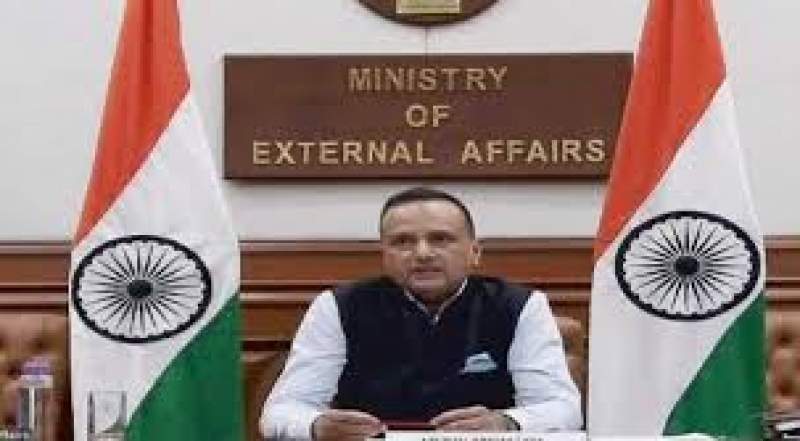 NEW DELHI, 16 November 2020, (TON): The Indian Ministry of External Affairs (MEA) on Sunday  criticized  Pakistan  over presenting a “Dossier” of New Delhi's involvement in incidents of terrorism in Pakistan, saying claims of proof against India have "no credibility, are fabricated and represent figments of imagination".

A day earlier on Saturday, Pakistan's Foreign Minister Shah Mahmood Qureshi while addressing a press conference at the Foreign Office, Islamabad said, “India was behind some of the terror attacks in Pakistan’. Inter-Services Public Relations (ISPR) Director General Major General Babar Iftikhar who acted on the behalf of Chief of Army Staff was also sitting aside to co-chair the press conference.

Pakistan's Foreign Minister said at the press conference, "Today, we have undeniable evidence and we want to show it in the form of this dossier to the nation and the world," "Today, the Indian intelligence agencies are patronizing banned outfits that are against Pakistan. Organizations like Tehreek-i-Taliban Pakistan (TTP), Balochistan Liberation Army (BLA) and Jamaat-ul Ahrar. These organizations were defeated by Pakistan, they were flushed out of the country, is trying to breathe life into them again. They are being supplied ammunition and IEDs and are being provoked to target Ulema, notables, and police officials."

Pakistan's Foreign Minister  said India, in August of this year, united breakaway factions of the TTP - Hizb-ul Ahrar and JuA — and that India was constantly trying to establish a consortium between TTP, BLA, BLF and BRA as part of its "grand design".

Interestingly, there are dozens of cases of direct Indian involvement in terrorism inside Pakistan including Indian links with ISIS (Daish), so called Al Qaida, Mumbai attacks, Samjhota Express, Nanded and other incidents of direct involvement of Indian Military Intelligence  but Pakistan preferred to highlight terrorism by TTP, BLA, BLF and BRA.